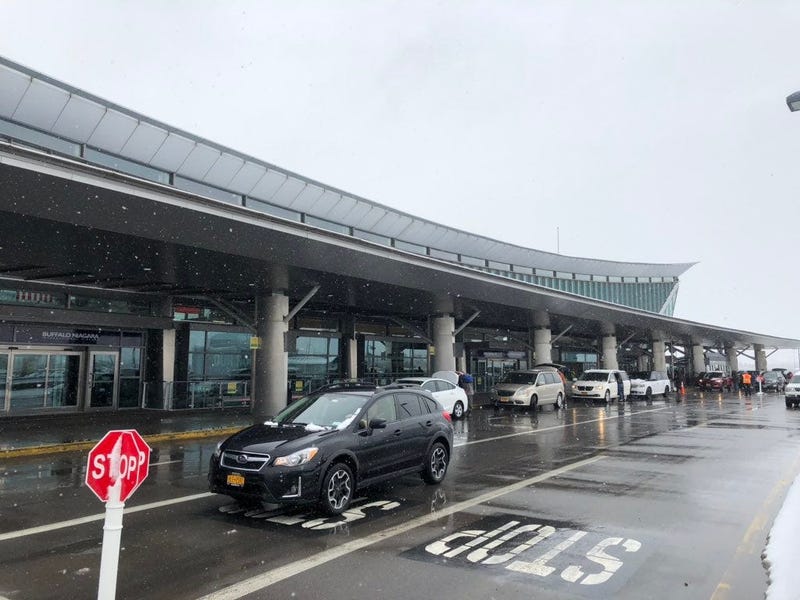 Cheektowaga, NY (WBEN) - The upcoming snow storm might mean some major movement at the Buffalo Niagara International Airport, where airlines are already preparing to move or cancel flights.

Those in the know say that if you're planning on traveling in or out of Buffalo this weekend, it's best to begin thinking ahead.

"Check regularly with your carrier, look online and see what the status of flights are," said Bill Vanecek, Director of Aviation at the Airport. "Airlines have been doing a better job of canceling earlier rather than later because they get in to big trouble with respect to trying to re-accommodate folks."

In addition to making travelers aware of what may happen, some airlines may allow you to make a change as soon as today.

"Some Airlines may come out and say 'We will waive change fees,' but you have to check with your carrier to see if they're willing to do that to try and get on a different flight and on a different route."

Frontier and Southwest Airlines have already issued statements on the storm along with re-booking and cancellation policies for Buffalo.

Due to forecasted winter weather conditions, service to certain cities may be disrupted through Monday, January 21.Check your flight status and explore rebooking options: https://t.co/tQJYUOrhxo pic.twitter.com/gqcBPrpmOj

Travel Advisory for Winter Storm Harper (1/17/19 - 1/20/19):With the expected impact to travel conditions from a strong winter storm across the northeastern, Great Lakes and Ohio Valley Regions of the U.S., Frontier has enacted the following guidelines: https://t.co/vSP8OgR50b pic.twitter.com/NCqs1CMljv