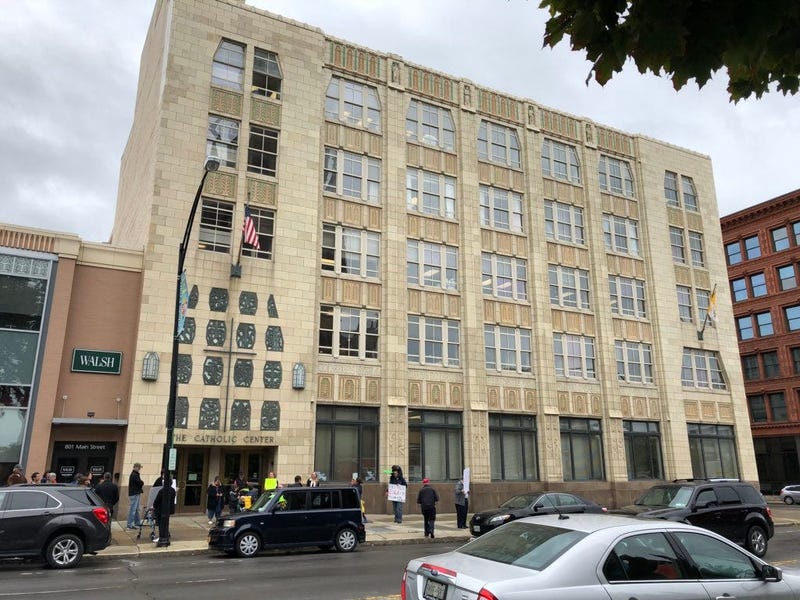 Buffalo, NY (WBEN) - Two former seminarians who had accused a Buffalo Priest of abuse have been arraigned on harassment charges.

Erie County District Attorney John Flynn announced on Tuesday that Matthew Bojanowski and Stephen Parisi, both former seminarians at Christ the King who had accused Father Jeffrey Nowak of harassment have been arraigned on one count of Harassment in the Second Degree, a violation.

It happened on the same day that the District Attorney announced that they did not find Fr. Nowak made any actions that rose to the level of criminal activity.

The District Attorney's office said that Bojanowski and Parisi allegedly approached an unnamed woman as she attempted to exit the rear parking lot of the Diocese of Buffalo offices in the City of Buffalo on September 3, 2019. The defendants are accused of yelling at the woman and standing in the path of her vehicle, which prevented her from exiting the parking lot onto Washington Street.

It is further alleged that the defendants harassed the victim on social media.

Bojanowski and Parisi are scheduled to return to court on Friday, January 17. Both were released on their own recognizance.