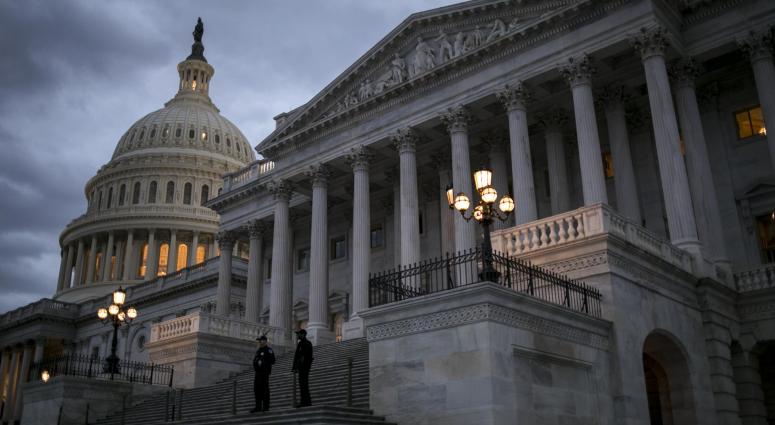 Washington, DC (WBEN/AP) - As the new 116th Congress is sworn in on Thursday, a partial shutdown of the federal government will continue.

From the sound of local Congressman, the stalemate could last a while.

"Nancy Pelosi and Chuck Schumer have to realize border security is important to this nation," Republican Congressman Chris Collins said to WBEN about the shutdown's lynchpin issue, a wall along the southern border.

President Donald Trump says he remains "ready and willing" to work with Democrats to pass a government spending bill even as he refuses to budge over funding for his long-promised border wall.   Trump tweeted "Let's get it done!" as the partial government shutdown continues with no end in sight. The President's tweets on Wednesday came hours after he met with Republican and Democratic congressional leaders at the White House for a briefing on border security that, by all accounts, made zero progress.

To no surprise, Democrats see the issue very differently.

"This is not about border security, this is about political symbolism," said Democrat Congressman Brian Higgins. "The Department of Homeland Security characterizes the situation at the southern border as a minimal threat. Their characterization, not mine."