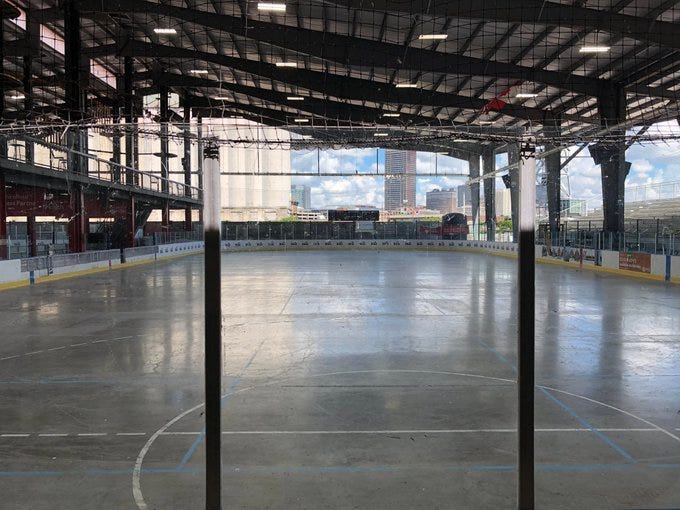 According to the guidelines, high-risk sports such as ice hockey is allowed, though it can only include individual or distanced group training and there can be no pick-up games or league games.

Sports that are considered a “moderate-risk” like flag football and field hockey are allowed to have games as part of organized leagues.

Other leagues are operating including WNY Roller Hockey at the Northtown Center at Amherst. Eric Haak, owner of WNY Roller Hockey, said he does not consider roller hockey to be a “high-risk” activity like ice hockey.

He said he is not concerned about contracting coronavirus but is worried about a potential shut down by the government.

“For whatever reason, our governor really wants to stick it to certain people and certain fields and industries,” he said. “That’s definitely a bigger concern of mine.”

Lieutenant Governor Kathy Hochul was unsure about floor hockey when asked about the topic on Wednesday.

Bowling alleys and their leagues are still unable to operate under the state restrictions. Hochul defended the policy because people would be close to one-another and may share bowling balls.

Enforcement of the state’s rules is conducted by local health departments. Erie County Health Commissioner Dr. Gale Burstein indicated that floor hockey leagues will be able to operate and cited the 11 Day Power Play as one example of an event that will take place.

“From our standpoint, we don’t want to get shutdown,” Haak said. “We follow the protocol as good as we can. We tell people to come to the game and don’t bring your girlfriend or husband or boyfriend…We just try to limit traffic for the most part.”

Haak also pointed out another issue. He runs an ice hockey camp that allows 25 people on the rink. He is still allowed to operate the camp under New York State guidelines, though he cannot have an actual hockey game with 12 people.