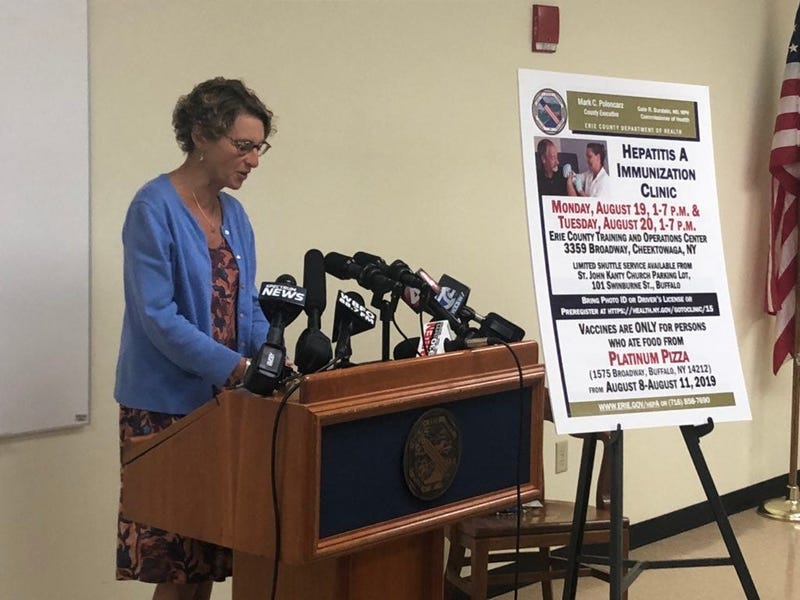 A local restaurant worker contracted Hepatitis A. If you ate or drank anything from Platinum Pizza (1575 Broadway, Buffalo) between August 8 and August 11 you are advised to receive a Hepatitis A vaccine. @ECDOH Clinics will be offered on August 19 & 20:https://t.co/p3E3xZ7jeO pic.twitter.com/LkeIbFqbQw

The Erie County Department of Health is advising anyone who may have consumed food or drinks from Thursday, August 8 and Sunday, August 11, to receive a hepatitis A vaccine from one of the two clinics that will be hosted at the Erie County Training and Operations Center in Cheektowaga:

The investigation began on Tuesday after information was passed along from a local emergency department. From that information, the department of health was able to confirm the case was a food handler from Platinum Pizza. The company has been notified about the possible exposure, and all employees have been or are currently in the process of being vaccinated.

"We believe our work to immunize at risk populations and raise awareness of the importance of the vaccine has prevented many new hepatitis A cases in our community," said Health Commissioner Gale Burstein. "So far this year, we've immunized 392 individuals who believe were at risk for hepatitis A through our outreach activities."

Burstein noted that the prevalence of hepatitis A, especially locally, is following a disturbing trend.

To pre-register for the clinics, head to https://health.ny.gov/gotoclinic/15