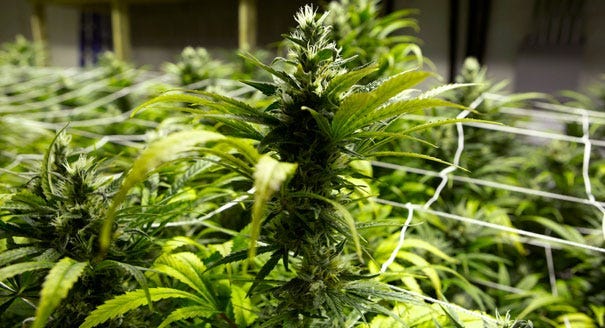 BUFFALO, N.Y. (WBEN) - In a Friday interview with Rochester radio station, WXXI, Cuomo said he was told lawmakers had the votes to legalize it this year but may not anymore. He wanted the assembly and state senate to incorporate legalized marijuana in this year's state budget but claimed the legislative branch wanted to separate budget matters from policy."They're now saying 'well, we need the governor to weigh in'," Cuomo said in the interview. "That's a bad sign. That means they're having trouble getting the votes."

Cuomo seems reluctant to flex his political muscle in New York State by saying "arm twisting doesn't work". He said this push is different than when he pushed for gay marriage because of the arguments involved with it.

When asked whether or not the legislature has an agreement on specific aspects of marijuana legalization, Hochul said she wasn't sure.

"There's a lot of moving parts," she said.

Hochul and fellow democrats are pushing ahead on security and safety issues, criminal justice reform, assurance that those under age 21 can't get access to it, and public safety.

State Senator Patrick Gallivan commented on the legalization of marijuana. He told WBEN there hasn't been enough research and data to support its legalization.

"I think we have to look at the science and impact that legalization has had on public safety when it comes to highways and roads in places like Colorado and other places that have legalized that," Gallivan said. "Ultimately, we have to make an informative decision. I don't think it's something that should be rushed through, nor should a decision be made because of the revenues it could bring. It should be science and public health and safety. The longer we wait to do that, the more informed look can be had at this."