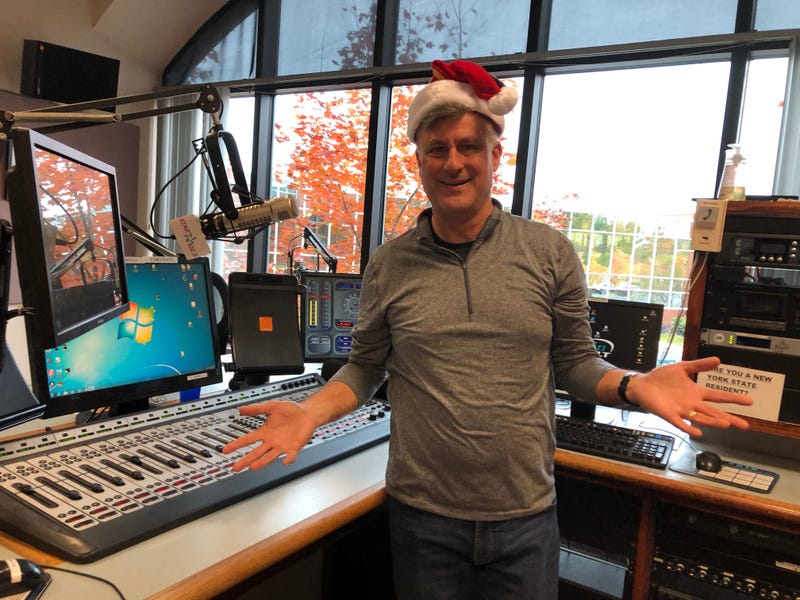 Buffalo, NY (WBEN) As the calendar gets closer to December, a great debate begins in WNY: when should radio stations start playing Christmas music 24/7? Some say the sooner the better, others are more Scrooge-like.

Lucas says that's not the only debate that goes on. "What one person thinks is the greatest Christmas song is all time, the next person will say what are you thinking? It's just like regular music," says Lucas.

We spoke with some of you about when Christmas music should start. "The weekend of Thanksgiving is when we start to get the decorations for Christmas," says Allan who thinks before then is too soon. "I want to enjoy Thanksgiving, I'm not ready for Christmas."

Al agrees. "I don't get into the Christmas spirit until after Thanksgiving. I don't want to think about Christmas too early because then I have to think about all the bills I'm going to pay," says Al.

Greg says he doesn't mind Christmas music sooner. "We all should've given up not playing before Thanksgiving, but if you're playing before Halloween, that's too soon," he believes.

Jon says November 1 is the perfect time. "I feel like once Thanksgiving season rolls around, it goes hand in hand with Christmas season and it's just the right time. Once November hits, that is the official start of Christmas season," he thinks.

But others want to wait. "Anything outside of 10 days before Christmas is too soon," says Tom. "I don't know if people are in the spirit yet, but it's too early to walk around the malls and hear Christmas music in late October and early November. Anything before 10 days to Christmas is too much."

Brenda wants that time frame shorter. "December 18th through December 26th, one week and a day," she says. "I enjoy the music but when you hear it over and over again, it's annoying."