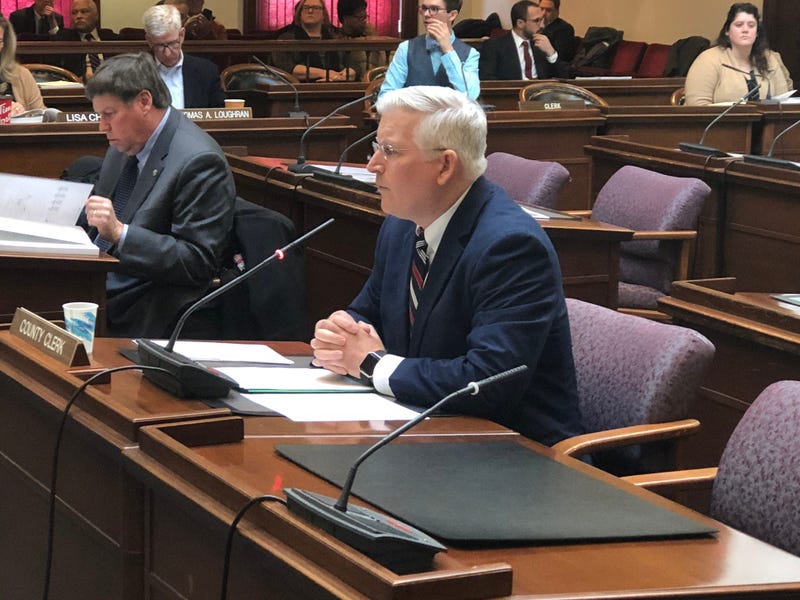 BUFFALO, N.Y. (WBEN) - Staffing interpreters within the Erie County Clerk's Office is the latest concern that Mickey Kearns has about the state's controversial Green Light Law. The clerk estimated that it would cost his office $667,550 at a rate of $50 per hour for the interpreters for all the languages around the world.

Kearns has opposed the state's law that would give undocumented immigrants the ability to receive a state-issued driver's license because he said they are not in the country legally and he also said he was worried about potential federal prosecution for harboring anyone in the country illegally.

Erie County Clerk Mickey Kearns now speaking in front of county lawmakers about his lawsuit against the Green Light Law. The lawsuit was struck down last Friday by a federal judge. He said Albany didn’t provide any DMV’s staffing, regulations, or any insight on how to prepare. pic.twitter.com/a6Z781oBSl

"We are going to have to identify and interpret foreign documents," Kearns said. "Under the current program, there is a verification system that Albany verifies that system under the save program. We have not received anything from Albany under the Green Light Law dealing with the regulations and how we're going to interpret that information."

Even though he said he will not enforce the law, Kearns said that it's unlikely that he will receive the extra funds from the legislature. On Wednesday, Kearns filed his appeal to a federal judge's ruling that he does not have any grounds to bring a lawsuit that sought a preliminary injunction against the bill.