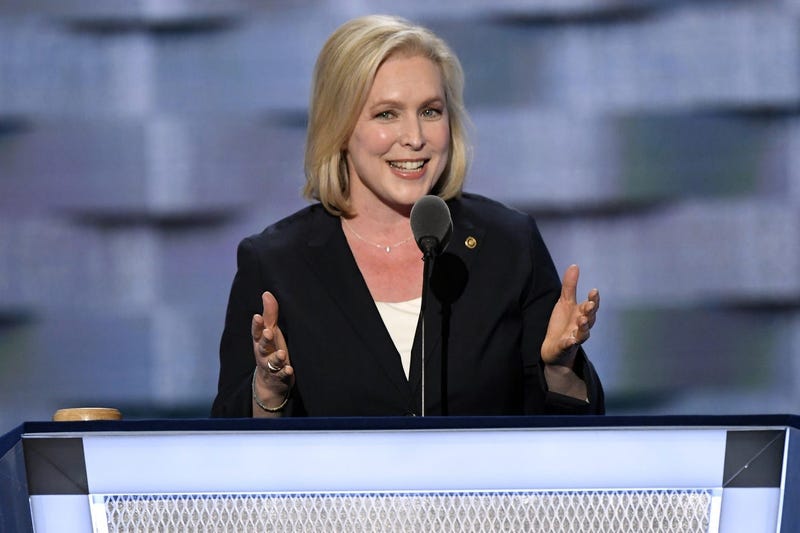 NEW YORK (AP) - Sen. Kirsten Gillibrand has taken a major step toward announcing a presidential bid, saying she is launching an exploratory committee for a White House run.

The 52-year-old New York Democrat said Tuesday on "The Late Show with Stephen Colbert": "It's an important first step and it's one I am taking because I am going to run."

Gillibrand joins what is expected to be a crowded primary field for the Democratic nomination that could include more than a dozen candidates. Already, Gillibrand has plans to travel to the leadoff caucus state of Iowa later this week.

As she works to distinguish herself from likely rivals, Gillibrand will be able to draw from the more than $10.5 million left over from her 2018 re-election campaign that she can use toward a presidential run.

Gillibrand pledged during her Senate campaign that she would serve out her six-year term if re-elected. Neiheisel doesn't think that will be much a problem for her. "There will be a little blip about it in local news, but I don't see it being much of an issue on the national stage," he said.  "People don't expect politicians to necessarily keep their promises." He thinks this is one that can be easily dismissed.

As for what she brings to the race, Neiheisel said he expects a crowded field and thinks it will be difficult for any of the names that have come up recently to distinguish themselves.

But one thing the professor points to is perhaps that she can run and can win in an area that is a little more heavily Republican.  This is a reference to her first bid for Congress in 2006.  But he said, "that was a really long time ago and those constituencies have moved right when she has moved left."

She will use Troy, New York, where she lives, as a home base for her presidential efforts.

Near the end of their interview, Colbert presented Gillibrand with a basket of campaign gifts, including an ear of yellow corn to wave in Iowa, a piece of granite for New Hampshire and a one-of-a-kind button that reads "I announced on the Late Show with Stephen Colbert."