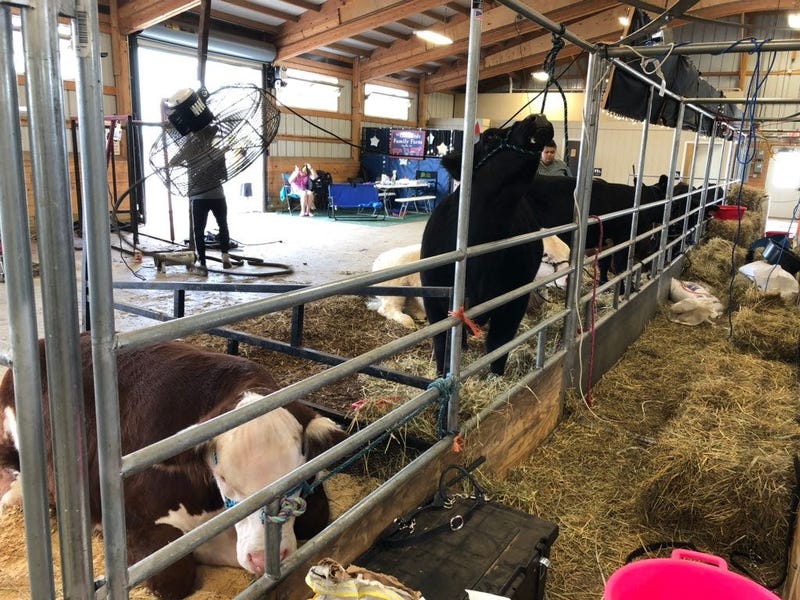 HAMBURG, N.Y. (WBEN) – Fairgoers at the Erie County Fair will have one last opportunity this weekend to enjoy the annual event in Hamburg.

It also means one last opportunity for you to enjoy one of the most important attractions at the fair: The local farm animals.

Cows, sheep, chicken, and all sorts of farm animals will be at the fair until the fair ends to provide an educational opportunity for the community and for local farmers to showcase their assets.

WNY farmer Paige Gabel said one of the biggest misconceptions from people who are not in the farming community have is that they don’t realize that farmers themselves have hearts when it comes to the animals.

“Yes, we get rid of our animals at the end of the fair but there are usually lots of tears and memories made,” Gabel said. “It’s all worth it when you make that family and memory and bond with that animal. It’s all worth it.”

That’s the life of a farmer, though. It comes easy to people like Hansen and Gabel who have raised livestock all their lives. However, they said it’s not difficult for anyone to get involved in the farming community in a variety of ways.

“You could always donate,” Hansen said.

“There’s arts and crafts that they judge (at the fair),” Gabel said.

Melissa Stewart, a Hamlin resident who visited the fair with her family, didn’t have any livestock but said she owns chickens back home.

“We moved into the country to get closer to it because you need land, obviously,” she said.

Stewart said anyone from a city can get involved in the farming community by simply composting each day.

She also believes that people will gravitate more towards farming in the future because it’s a less stressful life and because she believes it’s a more enjoyable life.