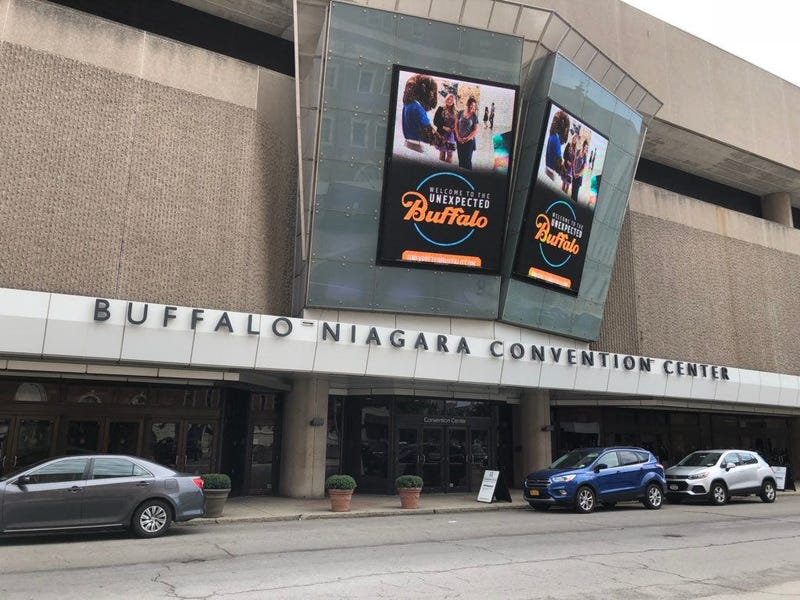 BUFFALO (WBEN) - On Thursday morning, Erie County Executive Mark Poloncarz announced a preferred site for a potentially brand new convention center. The 'Delaware site' would cost about $441 million to construct, and it would be double the size of the current facility - allowing for the potential for more events at the new facility.

However, the cost concern, which always comes to the forefront when proposing projects of this magnitude, is not lost on Republican County Legislator Joe Lorigo.

"This idea that we're going to pay for a $440 million new convention center with an increase in bed tax revenue and by operating a parking garage is laughable," said Lorigo. "This is real money, real cost - we have no idea what the state is going to put on the table, and until we do, there's no sense really going forward with this or even talking about it anymore."

"As for the site, I think it makes a lot of sense; as for the cost, it's obviously something that we cannot do by ourselves," said Hardwick. "We're going to need a lot of help from the state if this thing is going to become a reality, and I hope that we're able to secure that help."

But exactly how much money from the state would be needed in order to convince legislators that a brand new convention center is a worthwhile investment? Hardwick didn't provide an exact number, but whatever the number is, it would need to be fairly large.

"I think for me, anyway, it's a significant amount, the lion share, not just the majority but the vast majority of the money would have to come from some other source," Hardwick continued. "We're not going to spend a lot of property taxpayer dollars on this."

During the legislative session, Hardwick noted that it wasn't too long ago when the legislature took a vote to commit about $100 million in county taxpayer money to the Buffalo Bills' lease, and he also suggested that move has seen a good return on investment.

"If we can spend less money than $100 million we spent on the stadium and get ourselves a convention center that we could use year-round, day-in and day-out, I think that would be a very good deal for the folks in Erie County," he said.

"As far as this body is concerned, I don't think we move anything forward until we have a clear, concrete idea of what money, if any, New York State is willing to put toward the project," said Lorigo. "I need to see how on Earth they feel that they're going to pay for this without a tax increase, because there's no way.