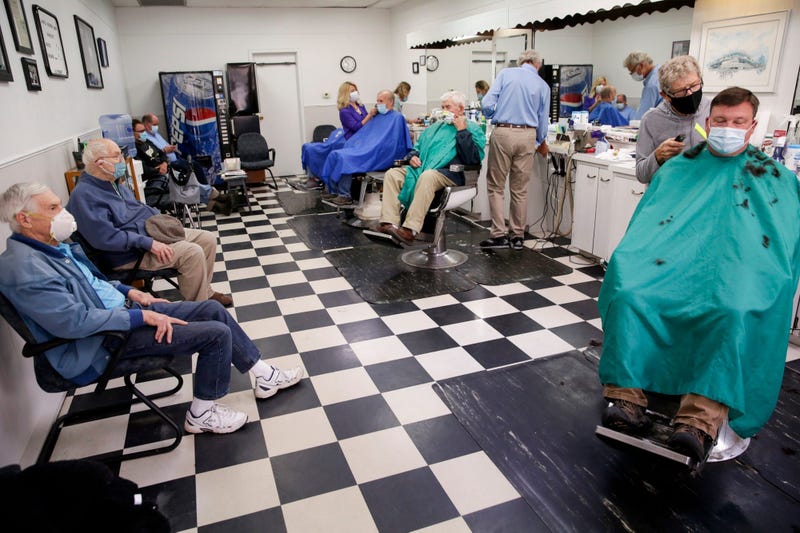 BUFFALO (WBEN) - Many local hair salons and barbershops are preparing to open up during the middle of next weeks, as they're lumped into Phase II.

Rainer Hoeglmeier serves as the vice president of Bangs, and he says they're currently planning to open June 2, which is next Tuesday. However, he had an interesting answer when asked if they had considered reopening stores regardless of what mandates the state provided.

"We thought about it, but I'm just not certain the juice was sort of worth the squeeze," he said. "We're a licensed establishment, so they can revoke our license, and I don't know if would have been worth because it just drags everything out even further."

Eddy Sibich of Dark Horse Hair Studio says he's taking appointments for June 3, but he doesn't even know if they'll be allowed to open then.

"I feel like at this point, there should have been some sort of letter sent to people with licenses in the state, like previously telling us to close, there should be something coming out telling us when we can open" said Sibich, who was not shy about voicing displeasure with the process to this point, saying he really hasn't seen any guidance about how they should be preparing."It's really up in the air at this point - nobody really knows for sure if we're going to be able to open in early June or if this is going to be extended out longer," he continued. "Like I said, if we're opening in early June, I haven't heard anything about guidelines...I haven't received any sort of guideline - all I know is that we're included in Phase II, which I'm expecting will be the beginning of June."

"We haven't been told anything," he said. "You can't really prepare for anything if we haven't been told."So, Sibich says he's been relying on a lot of common sense - making sure they'll have enough capes for each customer,as well as disposable gloves, masks, and a stock of hand sanitizer.While there should be a lot of demand for hair care services whenever salons and barbershops are allowed to reopen, Hoeglmeier says comfortability will be key for a successful return.