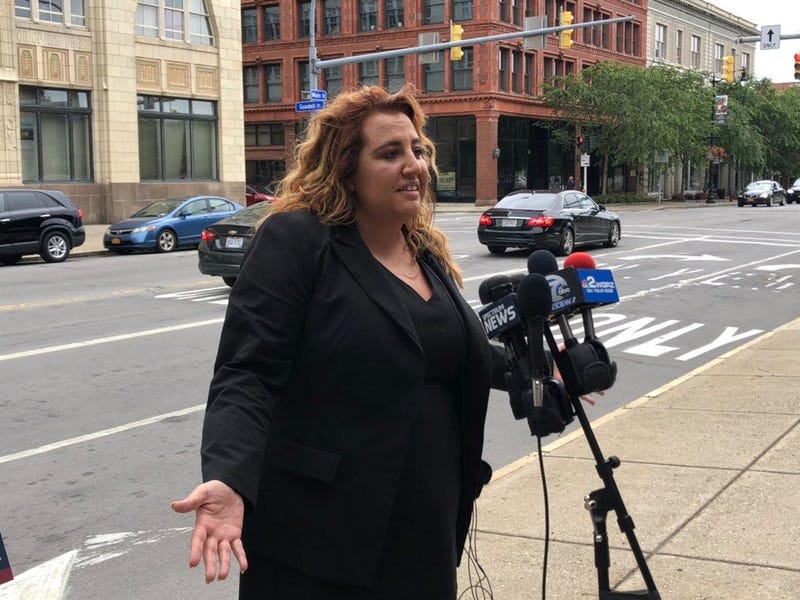 BUFFALO (WBEN - Brendan Keany) - On Tuesday morning, representatives from Weitz & Luxenberg, a law firm from New York City, stood in front of the Catholic Diocese of Buffalo to announce their plans to file more than 100 cases in Erie County when the one-year look-back window under the Child Victims Act opens on Wednesday.

"Tomorrow is just the first day in a long year of filing these cases," said Breakstone. "We have clients who are filing that are 24, who are the youngest possible under the window, and we have clients who are as old as 93. So, these are people who really have been anxiously awaiting their moment to talk about exactly what happened to them, and truth be told, they've waited too long."

Two cases will be filed on Wednesday in Erie County, and there will be several others in various parts of Western New York.

"Historically, you had to bring the cases by the time you turned 23; for most victims, for most people who've endured this, the effects aren't even realized at 23 - most people can't event talk about what happened to them at 23," she said. "For many of our clients, they didn't start to realize the true effects of this until their 30's and into the middle ages. The majority of our clients are between the ages of 40 and 60, and they're honestly struggling with things that happen to them as young as 5 years old."

In addition to the more than 100 cases being filed in Erie County, Weitz & Luxenberg represent over 1,200 survivors of sex abuse across the state, including 130 in Western New York.