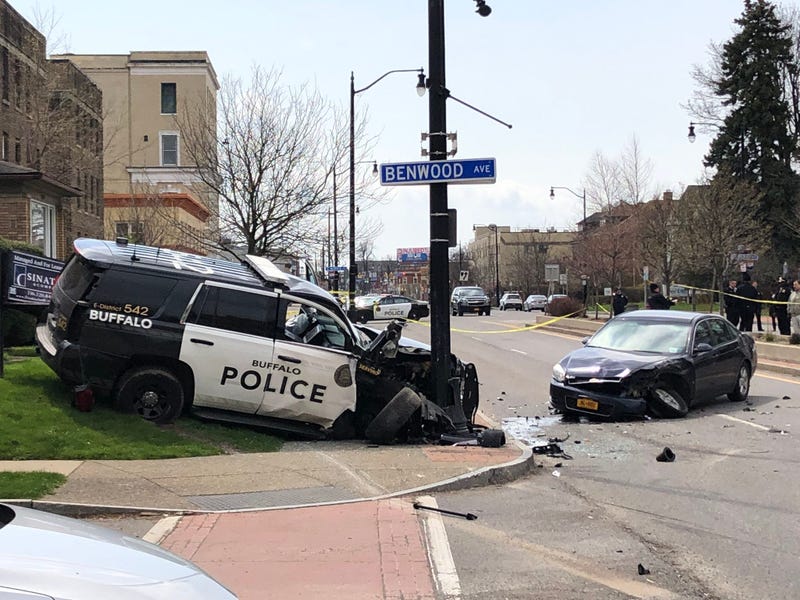 BPD is on scene of a police vehicle crash at Main and Benwood. Five people have been taking to the hospital, including one BPD officer, 2 people from another vehicle and 2 pedestrians. Some Injuries appear serious in nature. Motorists are asked to avoid the area.

Officers were responding to a knife call at the time of the incident.

Two people in a civilian vehicle along with two pedestrians were injured in the accident and were taken to ECMC for treatment along with one Buffalo Police officer.

"One of the pedestrians, a 29-year old female, is currently in critical condition at ECMC with life-threatening injuries", said Mayor Byron Brown.  The remaining four injuries are non life-threatening.

The officer involved in the incident is a three year veteran of the department and was alone in the marked vehicle at the time of the crash according to BPD Captain Jeff Rinaldo.