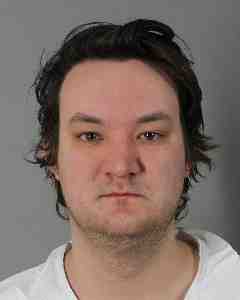 Buffalo, NY (WBEN) A Cheektowaga man has been indicted on a charge of trying to kill a police officer and killing a convenience store worker.

28-year-old Travis J. Zukic is accused of shooting 23 year old Hannah Morse as she was working at the 7-Eleven store on French Road in Cheektowaga March 1. Morse died at ECMC.

Prosecutors say when a Cheektowaga police officer entered the store to investigate, Zukic fired a shot toward the officer. The officer was unharmed.

Zukic is scheduled to return on Wednesday, September 30, 2020 at 10:30 a.m. for a pre-trial conference. He remains held without bail.

If convicted on the charges, he faces a maximum of 25 years to life in prison.

sports
Watch: Twins fan taunts Astros outside stadium by banging on trash can
music
'The Craft' sequel reveals new coven of teen witches, will debut on-demand in October
news
Disney to lay off 28,000 workers at CA, FL parks due to COVID-19
news
Eric Trump says he's not LGBTQ after saying 'I’m part of that community'
sports
Jimmy Butler: Sixers tried to 'control me'
music
‘Big Bang Theory’ star Jim Parson had COVID-19 and reveals how his character would have handled the pandemic