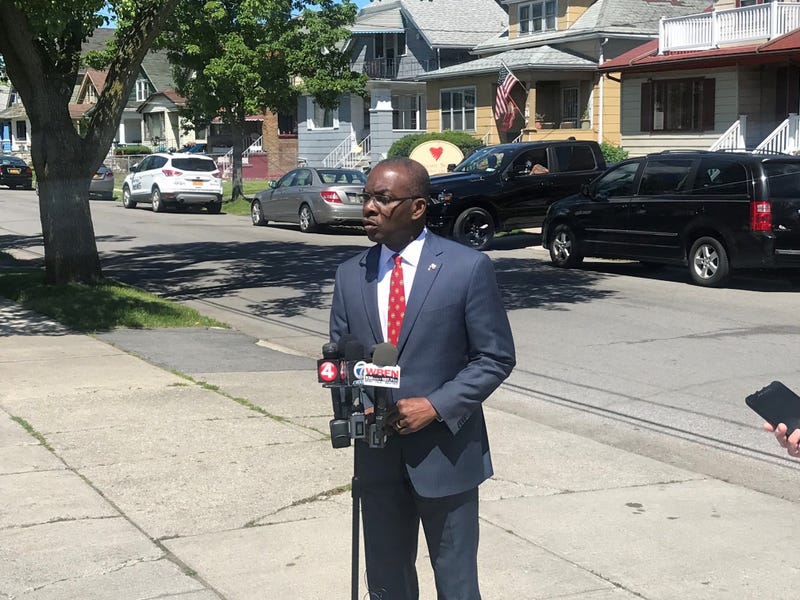 Buffalo, N.Y, (WBEN)  Attempting to lower the temperature in Buffalo after protests this week, Buffalo Mayor Byron Brown is pleading for people to do a lot more listening.

In an extensive interview on WBEN Thursday morning, Mayor Brown told Susan Rose and Brian Mazurowski, that three major crises are happening at one time. "We're under a political climate, a difficult economic climate and a difficult health climate. Many people are frustrated, they're angry and they're scared. They're hurting and they want to lash out," he said.

The mayor was asked if the protesters on Hertel Avenue had permits. "They did not have permits. And there's allegedly going to be another protest this Friday," he said. "Under the first amendment, people do not have to have a permit to protest. In all of the events last Friday and on Tuesday and Wednesday of this week, police did a great job making sure that protesters were safe, community members were safe and businesses were safe.

Last Friday's protest resulted in the arrest of a man with a knife. "The man was not from Buffalo. He was from Franklinville, 60 miles away from Buffalo. Police did a great job and made a swift arrest."

Brown said Tuesday's protest was called by a housewife in North Buffalo to show that the community does not condone racism. The mayor said it was important to note that the protests were not organized by anyone in the African-American community. "People are calling everything Black Lives Matter, but many of these activities have not been organized by the Black community.  A lot of these activities are coming from the White community and not coming from the Black community."

Brown said there were no major incidents, no injuries, no vandalism to businesses. "It was a good outcome but I believe that we need to move beyond protests and get into policy and progress."   He said the protests were important initially to show the pain that residents in the community were feeling. He said that message has been delivered.

He's said now is the time for ideas, strategies and solutions to help the majority of people in our community and bring people together.