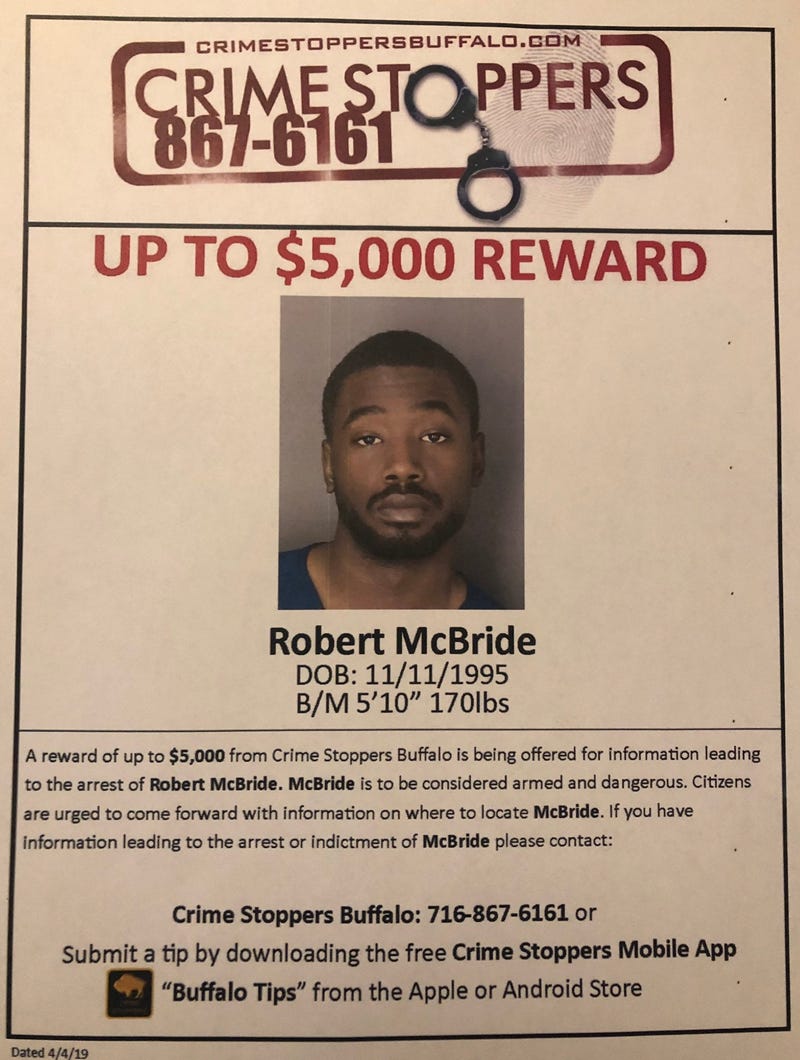 Buffalo Police last Thursday responded to the area of Lang and Newburgh Avenues on Buffalo's East Side because of a "shots fired" call. The officers at the scene reportedly approached McBride, who then fled after firing multiple rounds at officers. None of the officers were injured and they did not return fire, according to Buffalo Police Captain Jeff Rinaldo.

McBride was arrested at the home of a family member of his on Kensington Avenue. He is due back in court on April 15 at 9:30 a.m. for a felony hearing and remanded without bail. He faces up to life in prison.