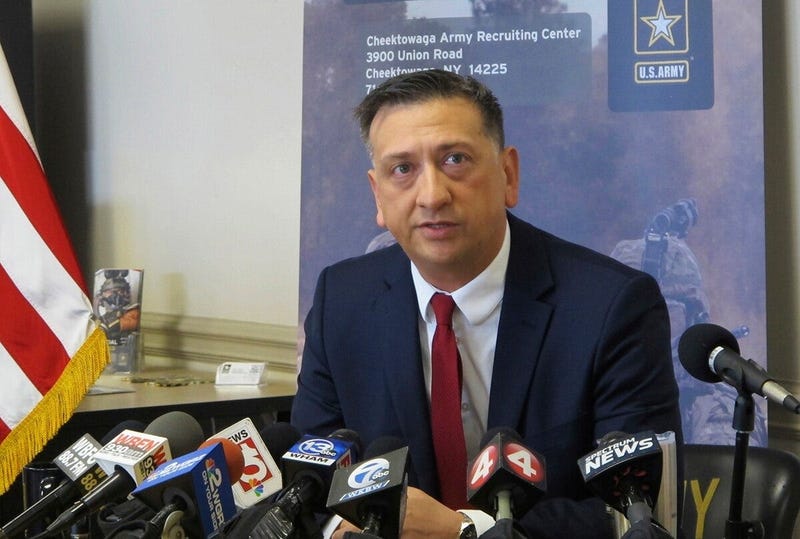 Buffalo, NY (WBEN) In less than two weeks, WBEN's own David Bellavia will be in Washington to accept the Medal of Honor, the nation's highest military honor.

Jowdy says while she's never attended one, the Medal of Honor ceremony is broadcast and encourages people to watch. "What they do is have the individual come up on stage with the president. The president says a few words about what occurred and reads off the citation. The president will then place the medal on the recipient's neck. It's very moving to watch, and it's so rare it's really worth watching," says Jowdy.

Jowdy says a recipient's life changes a hundred times over. "If you talk to the individuals who have received awards, they are being approached for interviews. Their lives became about the medal. There are only 70 living recipients and they travel 200 plus days a year with speaking engagements. It can change the entire outlook of someone's life," says Jowdy.