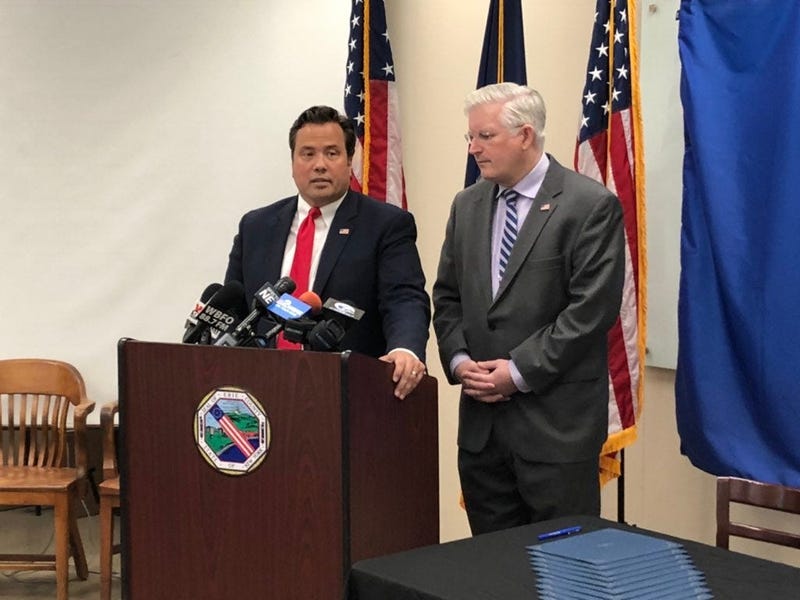 BUFFALO, N.Y. (WBEN) - Erie County Comptroller Stefan Mychajliw is planning to extend the current Erie County Whistleblower Hotline to include tips on illegal aliens, with the intention to forward the tips to U.S. Immigration and Customs Enforcement.

Earlier this month, the New York State legislature passed the Green Light Bill, which would give illegal aliens the ability to receive a driver's license. Advocates for the bill said that it would only allow for an undocumented immigrant to drive a car and not be used for other purposes like voting. Other bills would also give Governor Andrew Cuomo, who signed the Green Light bill into law, the authority to remove any county clerk who refuses to allow illegals to obtain the license.

The county executive also added that he does not believe an alien should be able to vote in US elections. He wrote that if a federal judge determines that the controversial green light bill is constitutional, that Erie County Clerk Mickey Kearns should respect the decision of the court and uphold the law. Kearns has said he will not allow illegals to obtain a license in Erie County. WBEN requested an interview with the county executive but were given a statement.

I have been asked to comment on whether non-US citizens should be eligible to vote in US elections. Of course not. As @repjohnlewis said, "the right to vote is precious, almost sacred." My full statement is below.Also regarding filing a suit on the Green Light Bill...1/2 pic.twitter.com/7O6TVkfA4Q

In response to the county's executive tweet saying that Mychajliw's actions would be an abuse of county resources, Mychajliw said he was surprised to see Poloncarz' lack of a stance on whether he supported the measure in Albany or not. Mychajliw assumes that Poloncarz is supportive giving undocumented immigrants a license.

"We strongly believe that we are the stewards of taxpayer dollars," Mychajliw said. "I am the protector of taxpayers. I feel very strongly that illegal immigrants should not get a driver's license. I will help in any way, shape, or form, making sure that federal law enforcement is notified of an illegal alien that applies for a driver's license."

Mychajliw said the green light bill affects Erie County taxpayers because it may allow illegals to vote. Fiscally, he said it could impact the county because more illegals could mean more people who need to be hired as clerks or translators.

"I don't think it's fair that this law that has been passed puts a priority (on) illegal immigrants over law-abiding taxpaying citizens," Mychajliw said. "I think that's fundamentally wrong."