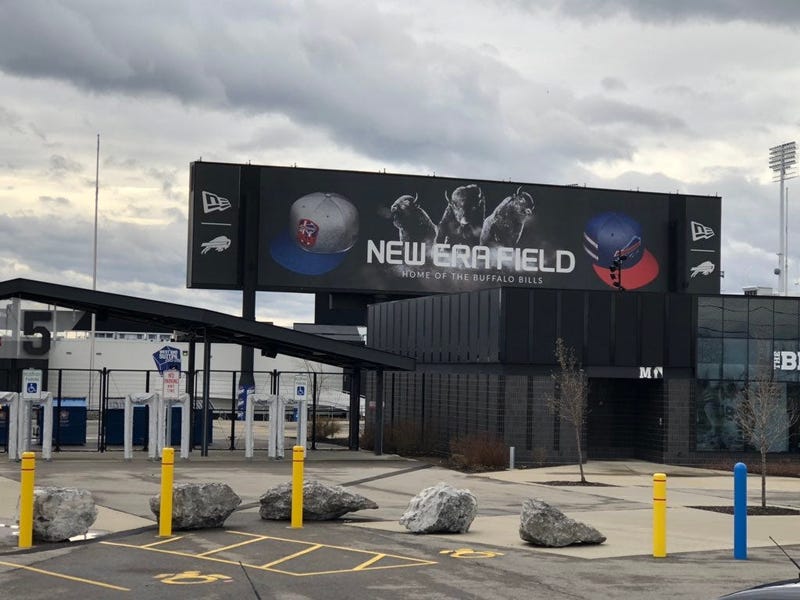 Orchard Park, NY (WBEN) - Whenever the Buffalo Bills next play a home game, their home stadium will not be called New Era Field. The global sports headware and clothing apparel company asked to be released from its naming rights and sponsorship agreement.

No reason was provided for the move, announced Wednesday, though it comes a little over a week after New Era Cap Company laid off 117 employees at its Buffalo-based headquarters.

Last week, 117 Buffalo New Era employees were laid off as furloughs companywide came to an end. New Era had accepted between $5 and $10 million in a Paycheck Protection Program loan to retain nearly 500 jobs. That angered Erie County Executive Mark Poloncarz to the point he said he would no longer call the stadium New Era Field.

The announcement was made in a two-sentence statement jointly issued by the Bills and New Era.

“The Bills and New Era are currently negotiating the details of the separation, and the Bills are beginning the process of pursuing a new naming rights partner for the stadium,” the statement read.

The decision to drop out of the agreement comes four years after New Era acquired the naming rights for what was previously called Ralph Wilson Stadium, and named after the team’s late Hall of Fame owner.

The agreement was worth more than $35 million and spanned the remaining seven years of the Bills lease with the county-controlled facility. New Era was also provided the right of first refusal to extend the agreement under a new lease or if the team built a new stadium.

New Era pulling out of the deal also comes as a blow to Bills owners, Terry and Kim Pegula, whose various holdings — including the NHL’s Buffalo Sabres — have been economically hurt by the coronavirus pandemic.

Though, Bills staff have not been affected, the Pegulas have made a series of cost-cutting moves at their other companies.

Last month, the Pegulas announced their desire to streamline the Sabres in firing 22 employees and scouts — including general manager Jason Botterill.

The naming rights agreement was considered to be a coming out party for New Era, which was established in 1920, and most recently became a world leader in sports-related headwear.

In 2015, the company produced 50 million caps, which were sold in more than 80 countries. New Era also has more than 500 licensing deals, including Major League Baseball, the NFL, NBA, NHL, Manchester United and the Australian Football League.