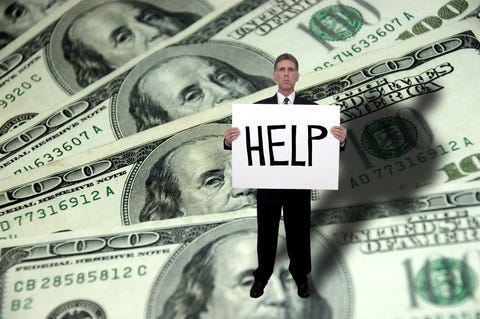 Buffalo, NY (WBEN) As you file your 2018 taxes, you may find your return smaller or even worse, find yourself owing to the IRS. It's the result of the new tax laws.

The average refund in the second week of the filing season ended Feb. 8 was $1,949, down 8.7 percent from $2,135 a year earlier, according to IRS data released Thursday.

The decline may be largely due to how some employees and employers had adjusted the amounts withheld from paychecks to account for changes under the new tax law. Most taxpayers received a tax cut under the law but some may have had too little withheld, resulting in a smaller-than-expected refund, or even money owed to the government.

Refunds become an annual check that some three-quarters of U.S. taxpayers typically count on. For some lower-income households, it is the biggest cash infusion of the year.

The Treasury Department believes around 80 percent of taxpayers will see a decrease in their tax bill this year, while about 15 percent will owe roughly the same amount. Fewer people are expected to receive a refund this year. Government officials say that doesn't reflect rising or falling tax liability.

The tax law enacted in late 2017 "cut taxes across the board, particularly for middle-income families," Treasury said in a prepared statement. "Most people are seeing the benefits of the tax cut in larger paychecks throughout the year, instead of tax refunds that are the result of people overpaying the government."

Public discontent is providing Democrats with fodder for criticism of a tax overhaul they say is beneficial mostly for big corporations and the rich.

Following the first batch of IRS data last week, Sen. Kamala Harris of California, a Democratic contender for the 2020 president nomination, tweeted, "The average tax refund is down about $170 compared to last year. Let's call the president's tax cut what it is: a middle-class tax hike to line the pockets of already wealthy corporations and the 1 percent."

Sen. Charles Grassley, R-Iowa, chairman of the tax-writing Senate Finance Committee, said Democrats are "obsessed with finding anything they can manufacture to declare this filing season a failure" for the new tax law.

"Never mind that the current refund numbers are based on only a few days of data or that refund statistics can vary widely from one week to the next," Grassley said Wednesday on the Senate floor.

The Finance Committee's top Democrat, Sen. Ron Wyden of Oregon, suggested the Trump administration may have schemed to inflate paychecks with the new withholding tables for the tax law, exposing taxpayers to negative surprises as a result.

"That big refund they've gotten used to — that's a goner now that (President) Trump's tax changes are the law of the land, and many might owe the government money," Wyden said in the Senate last week. "It sure looks like the Trump administration decided to put politics first, lowball the estimates of how much tax should be withheld from everybody's paychecks, and lure people into the false sense of security that they'd gotten a big tax cut, courtesy of Donald Trump."

President Donald Trump vowed that families would receive an average $4,000 tax cut. Most taxpayers did receive a tax cut. But because of how some workers adjusted the amount of money withheld from paychecks to account for the changes, some refunds have been smaller than anticipated.