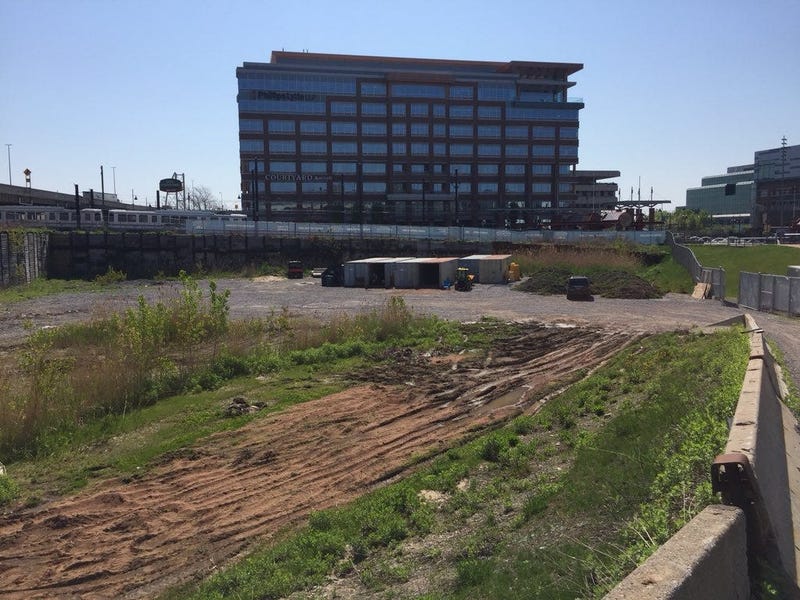 BUFFALO, N.Y. (WBEN) - Development on the North Aud Block at Canalside will take another step on Wednesday night with an open house that will feature three designs for arguably the area's biggest eyesore.

The North Aud Block, which still remains a vacant pit at Canalside, has seen all varieties of development around it ranging from the ice rinks directly to the south of it to the Explore & More Children's Museum and the upcoming Heritage Point project from Nick Sinatra.

Wednesday night's meeting is the second meeting on designs for the idea.

"We took all that information (from the last meeting) over the last month or so and developed three different options for the North Aud Block," ECHDC President Steve Ranalli said. "We'll be presenting those options at 5:30 p.m. in a half-hour presentation, then have breakout sessions where you can talk with staff here at ECHDC or the consultant team and talk directly about those various options."

Ranalli said the process for development is still early but the three options include a historic street grid and two that vary in terms of overall "density of development", meaning how much they can build around it.

Multiple ideas have been presented for the parcel of land where the "Aud" used to lie ranging from a public market to housing developments. According to The Buffalo News, the Amsterdam architects who are designing the space believe that the project should start with public space before buildings.

Ranalli believes that the designers may have read differently than intended.

"We're talking about a place that works for people first," he said. "Then certainly there will be buildings and we envision some pretty significant potential development on that site. It's open space in the sense that we want it to work for people. We want it to be an urban and vibrant, exciting location downtown. We want to have a very successful street level and toe-path level with restaurants, retail, and all the great things that make it a great urban space. It's not so much about 'more' open space and less development, it's about building the right type of development on the north aud block so that people are enjoying themselves and finding it a great quality space."

Our attempts to reach "Pleasant Places, Happy People" were unsuccessful.