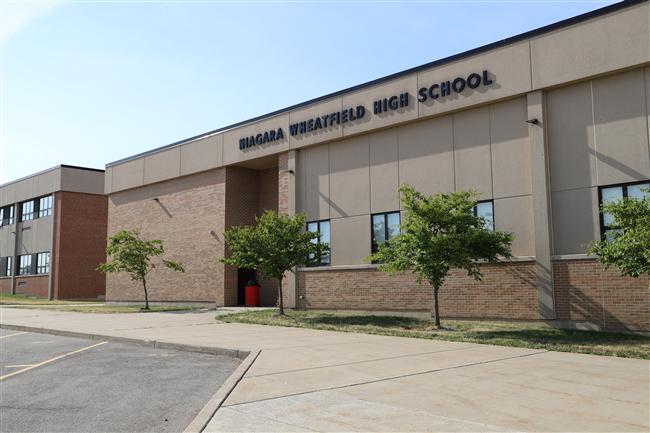 Wheatfield, NY (WBEN) - The Niagara Wheatfield School District is looking to address concerns of parents after it was made public that a male student who pleaded guilty to charges of sexual assault was still allowed to attend the same school as the girl involved in the incident.

In an update on Friday morning, the district announced that the student will not return to school for the remainder of the school year and is not allowed on school property. The student cannot attend any co-curricular events.

LATEST DISTRICT STATEMENT FROM SUPERINTENDENT DAN LJILJANICH
"It was brought to my attention that there is misinformation circulating regarding when the District learned that a student plead guilty to unlawful conduct in court.  It was not until yesterday, May 30 - and in the afternoon, that the District was shown a document (not provided a copy) from Niagara County Court indicating that a student had plead guilty.  As such, claims made prior to the afternoon of May 30th that the District was allowing a convicted felon to participate in school or co-curricular activities are not accurate in that the District was not made aware of the status or result of the criminal proceeding by the individuals and/or entities involved.  As previously indicated, we are now in a position to address the situation directly and will do so."

After the girl's mother shared a Facebook post criticizing the school about the incident, the District released a statement on their website, which stated that the District’s ability to address the allegation was "challenging," and that the Superintendent was "just informed" that the student plead guilty to unlawful conduct this past week in court.

After the Facebook post raised the concerns of parents, Channel 2 reports that students in Niagara County schools are planning walkouts on Friday in support of the victim.

Niagara Wheatfield Families,
I would like to address an incident involving two of our NWSD high school students regarding an allegation of serious, improper conduct reported to law enforcement previously and that took place off school property and outside of school functions in the summer 2018.  This incident has been a criminal matter and therefore was proceeding through the criminal justice process with law enforcement.
The District adheres to state and federal requirements regarding student investigations and discipline.  The District’s ability to address an allegation concerning an incident which occurred outside of school grounds and functions and which is being investigated by law enforcement is particularly challenging.  That notwithstanding, our counselors and members of our administration have been working with the families throughout this situation and will continue to provide support and counseling as requested. We take any allegations involving student misconduct very seriously and, as appropriate, proceed with our own internal investigations in accordance with state and federal requirements and cooperate with law enforcement.
In this instance, I was just informed that the student accused plead guilty to unlawful conduct this past week in court.  As a District, we are now in a position to address the situation directly and will do so.
This has been a challenging time for those involved and for our District community.  I ask that you respect their privacy.
Please know that you may contact me anytime at 215-3003.
Thank you,Dan LjiljanichSuperintendentNiagara Wheatfield Central School District