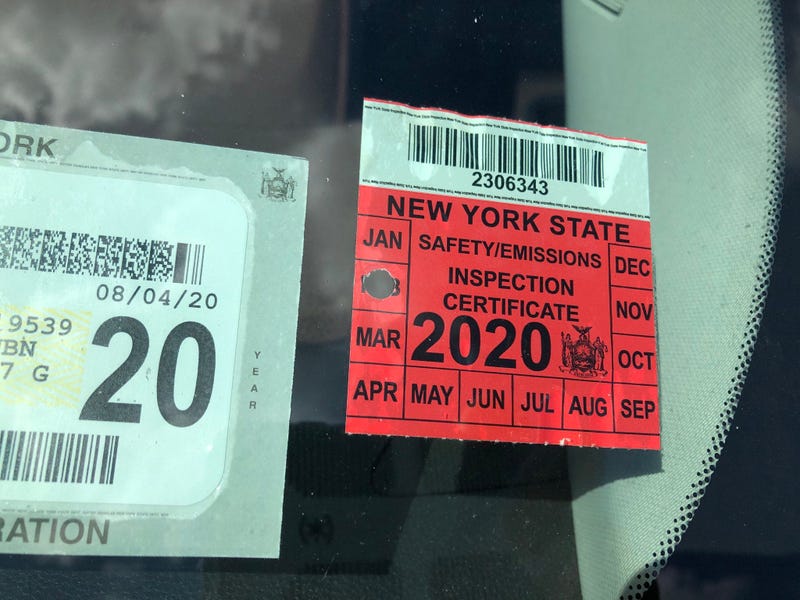 Buffalo, N.Y. (WBEN) If you're driving around with an expired inspection sticker on your vehicle, you're not in violation.

Governor Andrew Cuomo issued an executive order on March 27 giving all car owners with state inspection stickers that expire on or after March 31 extra time due to the coronavirus pandemic. The order has since been extended to give motorists more time to complete their inspections.

"If you can get your car in and get that inspection done, then do it," said Kearns. But, he said "if something precludes you from doing it, you're still covered under the governor's executive orders."

Kearns adds that there's a tremendous amount of confusion because the governor's orders and instructions change on a daily basis. "Even at the Clerk's office, we're trying to get clarification on many of the rules. We are always communicating with each other to make sure we're all on the same page," he said.

What should someone do if they get a ticket for an overdue vehicle inspection?  Kearns said he would appeal it. "I'm not an attorney and I can't give legal advice, but I would plead not guilty, because as long as the executive order hasn't changed, it's status quo.

The Erie County Auto Bureau is open and offering limited in-person transactions. All visits are by APPOINTMENT ONLY or you can call 716-858-7450.

Kearns said since the auto bureau opened up in June, people have been making multiple appointments. Nearly 10,000 people have not shown up for an appointment over a two month period. "Some people are holding two, three and four appointments. That will end next week," Kearns said.