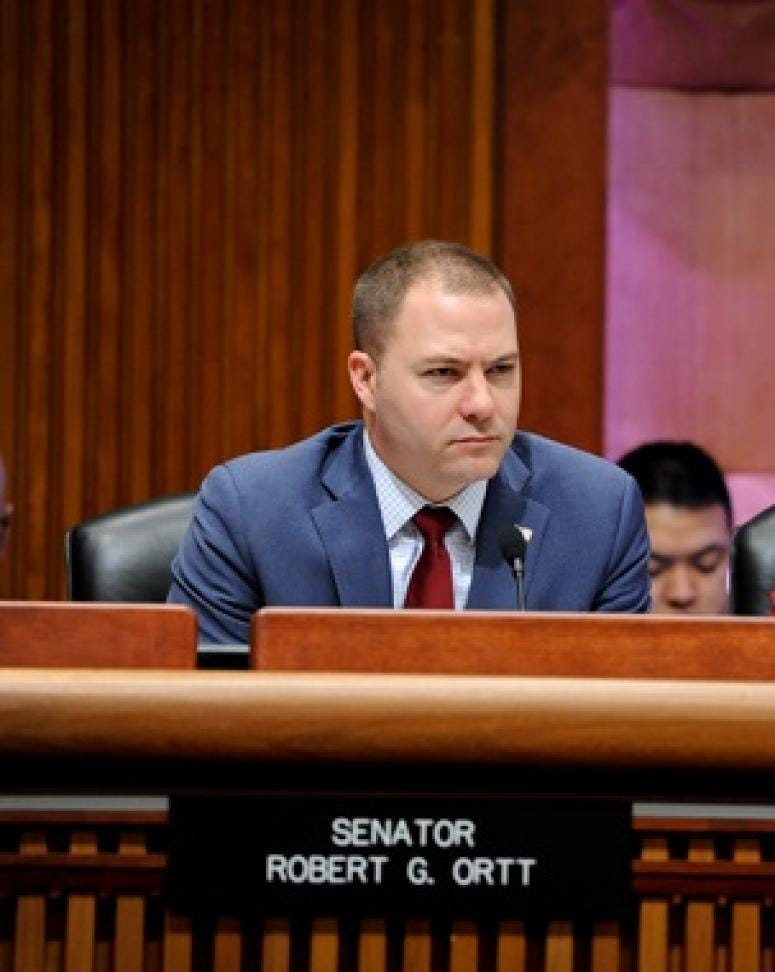 Albany, NY (WBEN) State Senator Rob Ortt has been elected the new leader of the State Senate Republicans. He takes over for John Flanigan who is not seeking re-election.

“I am immeasurably honored and grateful that my colleagues have chosen me to lead our Senate Republican Conference, including my good friends and respected senators Pat Gallivan and Andrew Lanza. I’m eager to unite our remarkable conference and work with Republicans from across our great state to fight for our party and our values. Hard-working taxpayers, small businesses, and families from all walks of life and every region will have a fierce ally in the Senate Republican Conference," says Ortt.

“I’m thrilled that Senator Ortt has been chosen by his colleagues to lead our Senate Republican conference. Rob brings to the job a wealth of private sector and local government experience giving him a unique understanding of the impact of Albany’s policies. A decorated war hero, Rob answered the call to serve when he was needed after September 11th, and once again, he’s answering the call when strong Republican leadership is needed to save our state. Rob is a fighter who knows how to win tough battles, and that’s exactly what’s needed as we fight to win back control of the state senate and put an end to Cuomo’s dictatorial reign and the extreme left policies that are destroying this state. I know he will hit the battlefield running, and I’m excited to work with him and Leader Barclay in the Assembly during this new era for the New York Republican Party."

"Congratulations to Senator Robert G. Ortt on his election as the new Republican leader of the NYS Senate by his fellow colleagues today. Rest assured Senator, the Conservative Party of New York State, will be working hard throughout this election season to change your title to Majority Leader of the NYS Senate. Your constituents have benefited from your strong voice. Now all New Yorkers will gain from your leadership no doubt acquired from your honored military service. I am confident your private sector and governmental experience will be welcomed by all New Yorkers as we deal with a state plagued with a multitude of problems. Senator Rob Ortt has been consistent in scoring well in our ratings. His 2019 rating was 100%, along with Sen. Jordan and Sen. O'Mara, as well as being the highest rated Senator in 2018 with an 85% rating. I look forward to working together on the issues that affect all New Yorkers now and in the coming years."