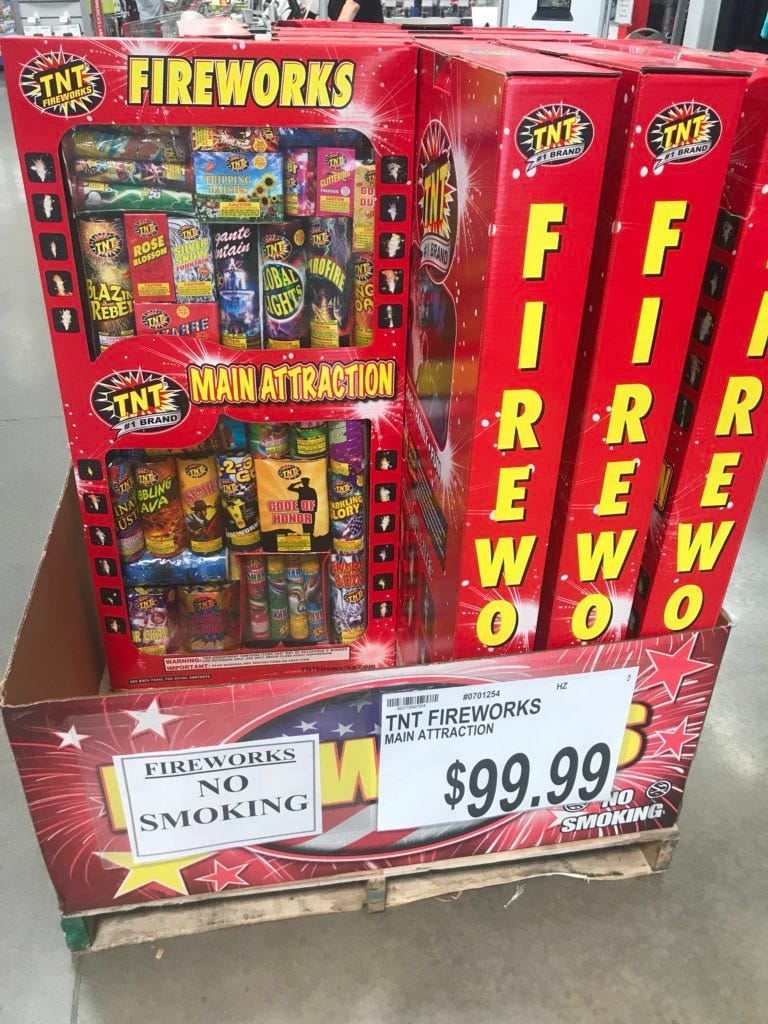 Buffalo, NY (WBEN) - They are a symbol of celebration, loudly lighting up the night sky and best known in the U.S. as the explosive exclamation point to Fourth of July festivities.

This year, fireworks aren't being saved for Independence Day.

Police agencies throughout the region have been dealing with more complaints than last year when it comes to fireworks complaints. And they say they will respond to all complaints.

Many Fourth of July celebrations will be smaller or eliminated entirely because of coronavirus restrictions. Yet the business of fireworks is booming, with some retailers reporting 200% increases from the same time last year.

The difference between June 2019 and June this year is significant in Cheektowaga. Assistant Police Chief Brian Gould says there were 26 complaints last year, but 45 this June, and that's as of last week.

"We investigate complaints. A lot of times, we find the people are already done when we arrive. That just speaks to the volume of calls," says Gould. Gould adds officers will do their best and prioritize, especially with addresses where previous warnings had been issued.

It's the same in Orchard Park. "In 2019, we had six complaints year to date, this year we're at 40," says Captain Patrick Fitzgerald. "You look at where we are with COVID19 compared to last year, you have more people at home, more people staying at home who normally have vacations planned," and those staying at home are also annoyed about the fireworks complaints leading to the increase in numbers. Fitzgerald also notes some fireworks are legal. "Those that emit sparks but not noise, those that make noise have been illegal, but some sorts of bottle rockets have been legalized," explains Fitzgerald.

Whether a call can be responded to immediately depends on other calls. "In progress, violent emergency calls will take precedence over a fireworks call, and we use discretion once we arrive. That depends on what's going on and where it's going on," says Fitzgerald. "A car accident where someone's hurt in traffic or in danger wil obviously receive a higher priority" in Cheektowaga says Gould. "Fireworks would be something we would respond to if we have nothing else going on. Fireworks are a violation," explains Gould.

Acting Niagara County Sheriff Michael Filicetti says he gets complaints about this time every year. "If you bought legal fireworks, there's still a noise ordinance in place. If at 1 in the morning, and you're shooting legal fireworks, you shouldn't be doing it," says Filicetti, who adds deputies will respond to all complaints accordingly. "Emergency calls take priority. If we have a large number of complaints, we'll answer them in the order they were received."