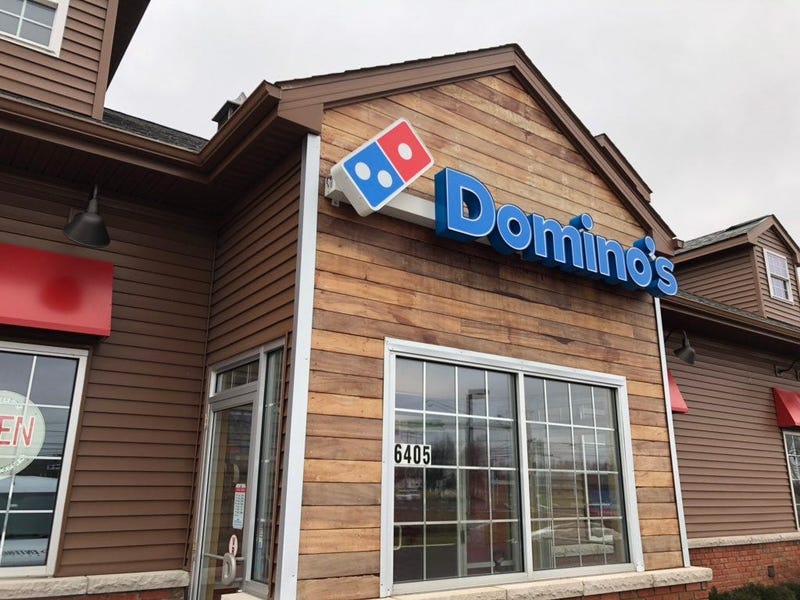 LOCKPORT, N.Y. (WBEN) - With potholes emerging after the latest freeze-thaw cycle, a national chain is throwing its support towards local communities to fix them.

Votes for the promotion were done using the website PavingForPizza.com. Lockport garnered more votes than any other municipality in the state, according to the chain.

"The Lockport residents took action where other residents in the other areas didn't take as much action," Adams added. "We appreciate that, too."

The City of Lockport is scheduled to vote for the $5,000 grant from Domino's, which is expected to fix anywhere from 100 to 200 potholes in the city.

But there's a catch:

"We ask them to stencil on 'Oh Yes, We Did' with the Domino's logo," he said. "So they're left with a white stencil on top of that pothole."

A Domino's spokesperson told us that the program began back in June as a way to "smooth the way home for our pizzas".

"Potholes can instantly ruin a perfectly good pizza, and nobody wants that!" Dani Bulger of Consumer Public Relations told WBEN.

A call to Lockport Mayor Michelle Roman was not returned.

The Lockport Domino's is located at 6405 Dysinger Road in the Town of Lockport and Adams said there are are plans to open another location in the area and he said the restaurant will donate 20 pizzas to a run this weekend in the City of Lockport. They are also still urging people to still vote so they can do it in another part of the area in the future.