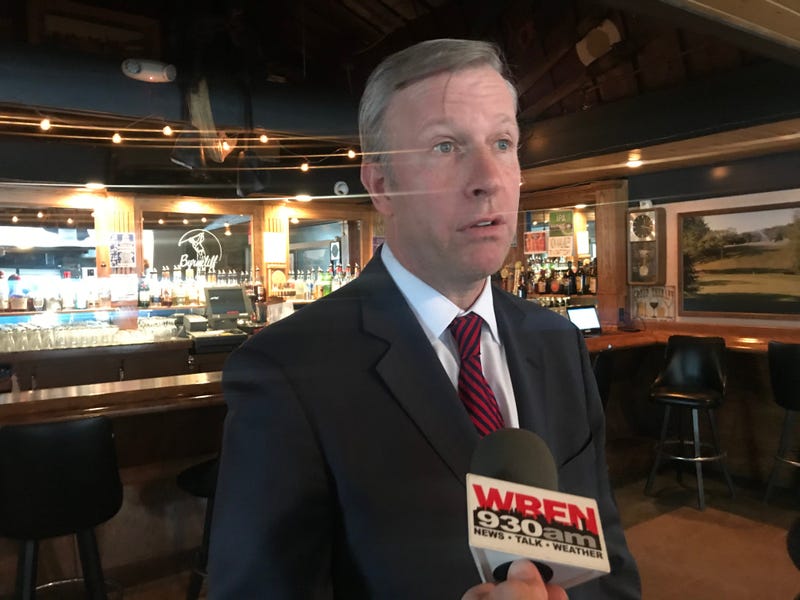 WASHINGTON, DC (WBEN) - President Donald Trump is reinforcing his support of Chris Jacobs for Congress. In a series of tweets Tuesday morning, the President shared his complete and total endorsement for Jacobs, who is running against Nate McMurray for the 27th District Congressional seat, once occupied by ex-Congressman Chris Collins.

It's the second time Trump has endorsed Jacobs. "This is kind of a reinforcement of a previous endorsement," said Republican strategist Carl Calabrese.