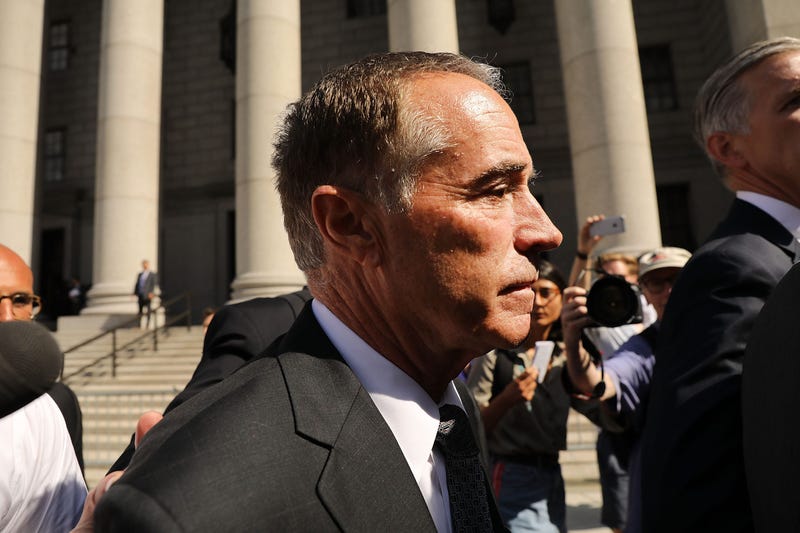 In a filing released Monday, prosecutors say, "The applicable sentencing range for Congressman Collins under the United States Sentencing Guidelines (“Guidelines”) is 46 to 57 months’ imprisonment. The Government believes that a sentence at the top end of the Guidelines range is necessary in order to satisfy the objectives of Title 18, United States Code, Section 3553(a), and in particular to promote respect for the law, to provide just punishment for the offense, and to achieve general deterrence.

Within the submission to the court, the prosecution notes: "The cynicism of Collins’s conduct – his decision to repeatedly violate federal law while continuing to accept the trust of the public to draft it – is exacerbated by its total gratuitousness. Collins committed a financial crime without having any financial need. This is noted even in one of the letters that has been submitted in support of Collins, by the former CEO of Innate, who remarks that he was “shocked” by Collins’s offense in light of his “personal wealth.”

After a lengthy narration documenting their request, the proscution sentencing document concludes, "The Government respectfully submits that a sentence at the top end of the Guidelines range should be imposed on Congressman Collins."

His lawyers say their “humbled, penitent and remorseful” client should face no time behind bars.

But prosecutors wrote in presentence arguments to a federal judge that Collins doubled down on his crime by lying to investigators.

They also said that his crime was “exacerbated by its total gratuitousness” because Collins at the time needed no money since he had $13.8 million in assets, not including another $6.9 million that was owed to him.

They also were critical of a recommendation by the court’s Probation Department that Collins be sentenced to only a year and a day in prison. Probation officials cited the fact that Collins was concerned for his son, Cameron Collins, who has pleaded guilty and also is to be sentenced this month.

Prosecutors, though, noted that Cameron Collins is also wealthy, with a net worth of over $21 million, including over $1.2 million in cash and a residence in Florida valued at nearly $2 million.

“In committing insider trading and later lying to federal agents to cover it up, and in continuing to actively serve in the House of Representatives during that time period, Collins came to embody the cynical idea that those in power who make the laws are not required to follow them,” prosecutors wrote.

They said Collins should be sentenced at the top of a recommended federal sentence guidelines range of 46 to 57 months, in part because his crime was brazen and to “assure the public that those in power do not stand above the law.”

They noted that Collins’ own sentencing submission had emphasized his strong moral compass with repeated reference to his membership in the Boy Scouts, but prosecutors said this “only underscores that he was well positioned to know better.”

Collins represented western New York since his election to the 27th Congressional District of New York in 2012.

Collins pleaded guilty after he was charged with leaking information about a biopharmaceutical company, so his son and friends could avoid $800,000 in stock losses before an announcement of a drug trial failure caused the stock price to plunge 92%.

An indictment said Collins learned the bad news in an email from the chief executive of Innate Immunotherapeutics Ltd. while Collins was attending the Congressional Picnic at the White House on June 22, 2017.

At the time, Collins sat on the company board and was its largest shareholder, with nearly 17% the the shares of the biotechnology company headquartered in Sydney, Australia, with offices in Auckland, New Zealand.