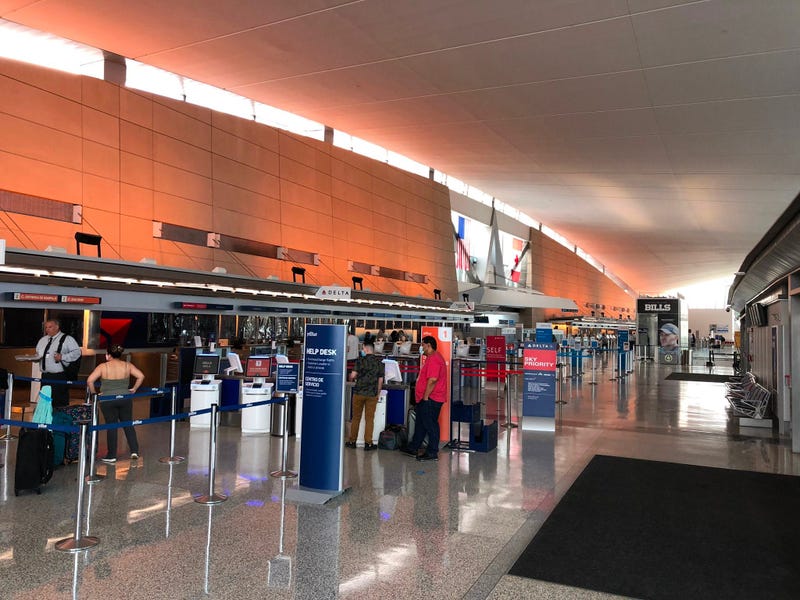 BUFFALO (WBEN) - Should you be considering any out of state travel?  It really depends on where you're going and potentially what you're prepared to do upon your return home.

There's a lot of confusion regarding travel, especially for New York, New Jersey and Connecticut residents.

As of Tuesday, there were 22 states on New York's travel advisory list, which requires incoming travelers from these higher infection rate states to self quarantine for two weeks upon their arrival. The advisory includes states if their seven day rolling average of positive tests exceeds 10%, or if the number of positive cases exceeds 10 per 100,000 residents.

Jarrod Glenn currently resides in New York, but he and his wife are in the process of moving to Tennessee, and he reached out to WBEN due to confusion and lack of answers from government officials.

Glenn was told to honor the quarantine mandate through his discussions with various government offices, but the moving process certainly doesn't allow for that.

"I told them once we close our house, we have to leave our house - there's no way we can possibly quarantine for 14 days, and again, I can't get an answer," he continued. "At one point, I think one of the offices just said, 'Oh, you'll be fine, you don't have to worry about it,' - but that's not good enough for me because I don't want to be hit with a fine."

Travelers from advisory states landing at New York airports could face a $2,000 fine for failing to fill out a form that state officials will use to track travelers and ensure they’re following quarantine restrictions.

Many people have been impacted by the travel advisory list as it becomes more and more robust, especially since a 14-day quarantine period upon return from vacation could impact work in a major way. Some people have even indicated that they'd hide where they traveled to in hopes that they won't have to serve the quarantine period.

However, this puts employers in a tough spot as well.

"The employers have a duty to ensure the safety of all of the workers in their workplaces, so to that extent, they do have to make sure that if they are aware an employee has traveled to one of the states that are on the New York, New Jersey, Connecticut list of travel advisory states, that they make sure the employee does not come into the workplace," said Attorney Diane Roberts.

But how would an employer go about cracking down on employee vacations? Roberts had a couple of suggestions.

"There is nothing to stop the state from using its man power to check to see if people are actually staying at home, and if you are found out and about when you should be in that 14-day period of quarantine, then you potentially are subject to a fine," Roberts continued. "I will indicate that I have not heard of this happening as of yet, but it's pretty clear from the direction that the state is going in, from the governor's comments, that they do mean business, and it looks like they are going to attempt to take some stronger efforts to make sure people are in compliance."