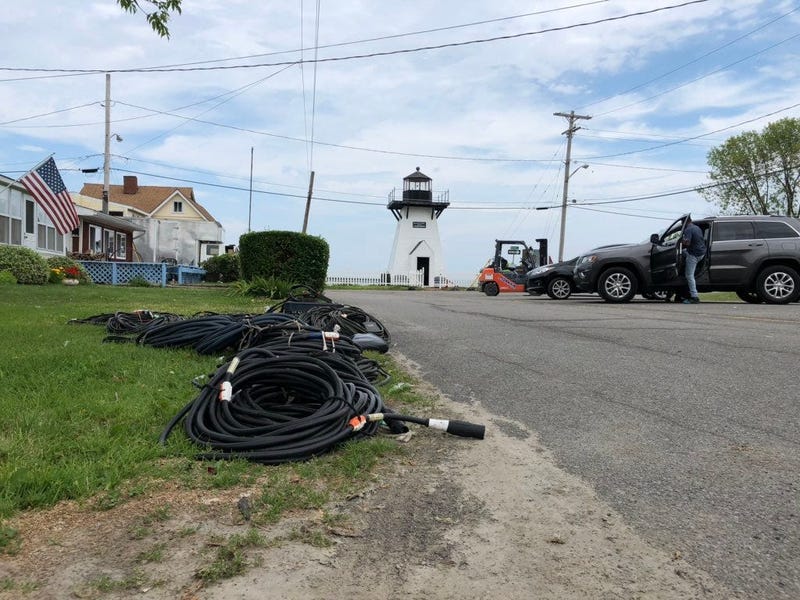 Filming for Jonn Krasinski's "A Quiet Place 2" lasted just one night in the community along Lake Ontario.

"We were surprised they were even back for the one shoot on (Wednesday) night," Mark Cassidy of Olcott Yacht Club said.

Fortunately for Cassidy and others who have been affected by the flooding on the lake, the worst is behind them.

"They're saying it should be down by a foot in mid-August," Cassidy said. "When this happened in 2017, it peaked in May and by now we were almost normal. It's been hanging out for a long time."

He said the Olcott Yacht Club is looking into moving into a new building at a higher elevation more inland. Cassidy estimated it would cost $400,000 but said it is a realistic endeavor for them.

"If we get the water down and we get the break wall in, we can construct fingers for boats all around the perimeter of this property," he said. "We don't really have any docks. We're like a country club without a golf course."

Other businesses like Oak Ridge Designs on Ontario Street said the flooding has not affected their businesses, which are on a higher elevation.