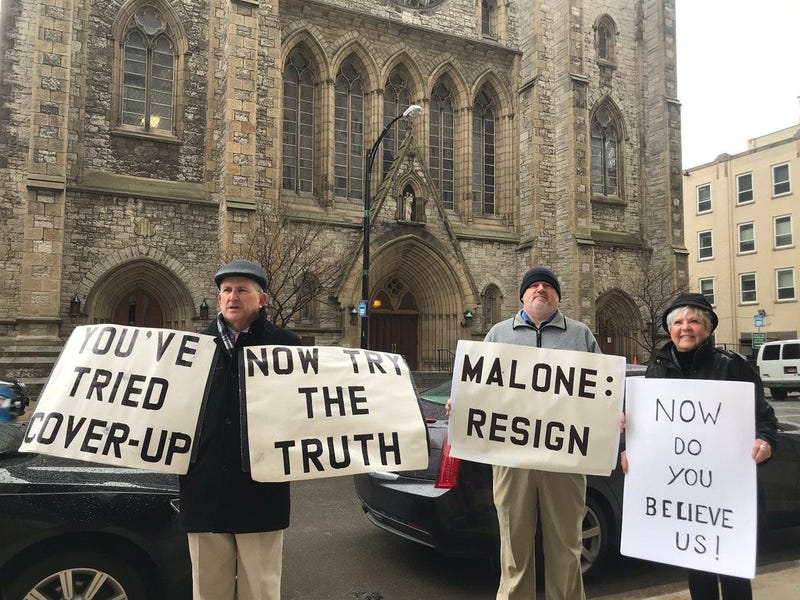 Buffalo, NY (WBEN) As Buffalo Bishop, Richard Malone conducted Palm Sunday Mass at St. Joseph Cathedral, outside there was a renewed call for his resignation following the recent release of a list of 25 more members of the clergy accused of sexual abuse.

Victim's advocate, Dr. Robert Hoatson was among those protesting Sunday and said that he believes Malone has more names of abusive priests that are being kept under wraps, "We think there are files all over the Dioceses of Buffalo, in closets, in file cabinets or wherever...that still have not been revealed."

Hoatson added that Malone's handling of the abuse allegations prove he is not worthy of holding his current post, "The excuses he uses for not revealing these names is just beyond belief. The fact for example, that a deceased priest cannot defend himself if an allegation is made publicly, well, guess what? He should be thinking about the victim of that priest who came forward with that allegation."

Meanwhile, attorney Mitchell Garabedian, an attorney who represents multiple victims of alleged abuse by Diocese of Buffalo priests, released the following statement on the new list of names: