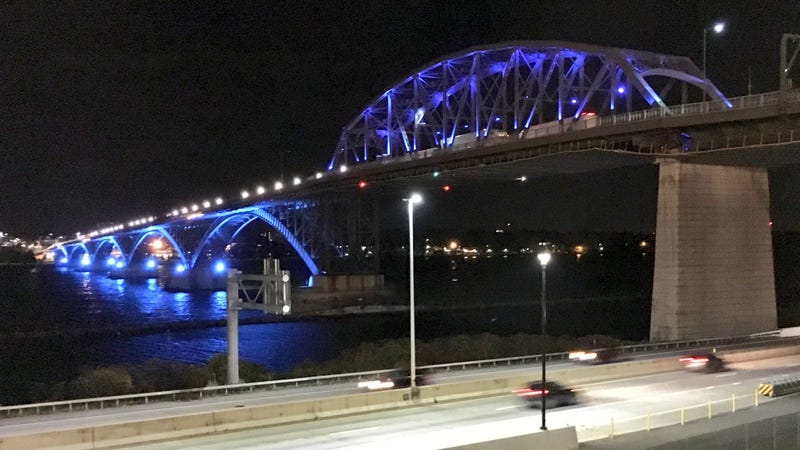 (WBEN) - CTV News in Canada reports that both Canadian and US officials have agreed to keep the border closed to non-essential travel for another month.

The border has been closed to recreational travel since March, while still allowing trade and commercial traffic, as well as those who cross the border for work. The latest extension was set to expire on July 21.

“I do feel it’s Canada pushing for this,” said Jamie Fiegel of Fiegel, Carr, and Joyce Immigration Law when the border closure was last extended in June.

Even if restrictions on border travel were lifted, Fiegel said that as long as Canada remains under their Quarantine Act day travel would be impossible because of the requirement for anyone who enters the country to have a plan to quarantine themselves for two weeks.

“It’s got to all work together,” Fiegel said. “While Canada is still quarantining its citizens, it’s very hard to bring visitors in.”

Canadian Prime Minister Justin Trudeau said this week that a decision on the border would be announced “in the coming days.”

“We’re going to continue to work hard to keep Canadians safe and to keep our economies flowing and we will have more to say later this week,” Trudeau said

Most Canadians fear a reopening. The U.S. has more confirmed cases and deaths from COVID-19 than any country in the world while Canada has flattened the epidemic curve.

Essential cross-border workers like healthcare professionals, airline crews and truck drivers are still permitted to cross. Truck drivers are critical as they move food and medical goods in both directions. Much of Canada’s food supply comes from or via the U.S.

Congressman Brian Higgins issued this statement:
“It is disappointing but no surprise to see the Northern Border remain closed for another 30 days.  With no leadership from President Trump to address the pandemic, cases in the United States are spiking and as a result United States citizens are not welcome in several countries around the globe, including many of our allies. The President’s failed management, and frankly complete lack of attention to the science and reality before us, is costing the U.S. more than economic and diplomatic losses.  It is costing American lives.  The United States has just 4.25% of the world’s population but our citizens, friends, neighbors and family members now represent at 23.6% of the world’s deaths due to COVID. While the Northern Border remains closed, the United States and Canada should be developing a plan that lays out what continued, nuanced management of the border during a prolonged pandemic will look like.  But the Administration’s failure to develop a national plan for widespread testing, PPE distribution and the rejection of social distancing and mask wearing to slow the spread doesn’t inspire confidence that a such a plan is in the works.”