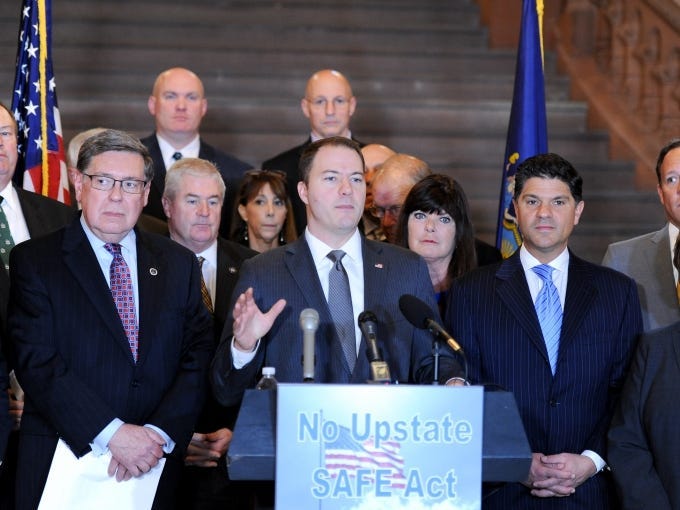 Olcott, NY (WBEN) - The interest in the NY-27 Congressional race continues to heat up.

State Senator Rob Ortt said you can count him among those who have made no secret of their interest in campaigning for the seat.

"I have been making my rounds around the 27th District," Ortt told WBEN. "I have been meeting with County leaders, party leaders, folks who are influential in every part of the district. I have been down to DC to talk to national groups and folks who might take an interest in this potential race."

Still, Ortt said that he's not ready to officially declare anything, and he has not made a decision on whether or not to run.

He's not the only potential candidate to make noise about seeking the nomination. Erie County Comptroller Stefan Mychajliw has declared his interest, and State Senator Chris Jacobs has officially declared his candidacy. Sitting Congressman Chris Collins, who faces a federal trial in February, has said he is still examining whether or not to seek re-election.

Still, the X-Factor remains David Bellavia, who is being urged to run by many after receiving the Medal of Honor.

What does Ortt think of the movement to convince Bellavia to run?