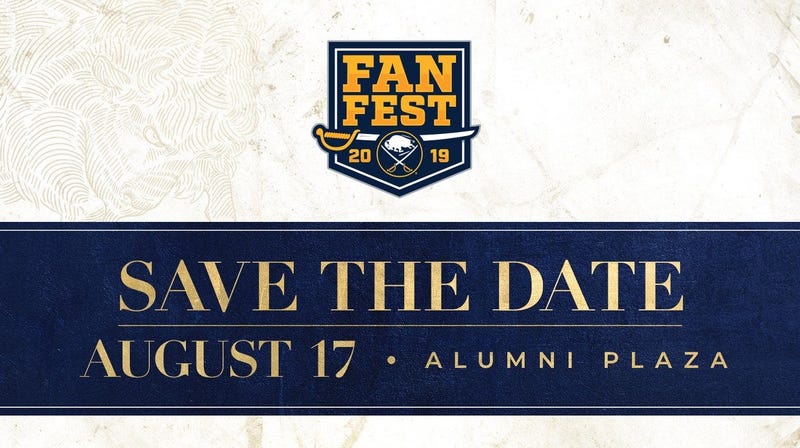 Buffalo, NY (WBEN) - The Buffalo Sabres are bringing back their 'Fan Fest' event, this time as an opportunity to kick off their 50th Anniversary season.

The team announced on Tuesday that the Fan Fest will take place on Saturday, August 17 at Alumni Plaza in front of KeyBank Center.

The event will include live music and activities for families, with food and drink available for purchase. Sabres players and alumni will be part of the event programming throughout the day. Fan Fest will kick off with a 5k race at 9:00 in the morning on August 17. The route will navigate downtown Buffalo and end at KeyBank Center. Those interested can register HERE.

The Fan Fest is part of several 50th Anniversary announcements that the team has made.

During the season, the team will take a "Journey Through the Decades" to highlight every era of Sabres hockey, as well as hold a 'Founders' Night' on Monday, December 2, The night will commemorate the founding of the Sabres on the 50-year anniversary of the date on which Buffalo was officially awarded an NHL franchise.