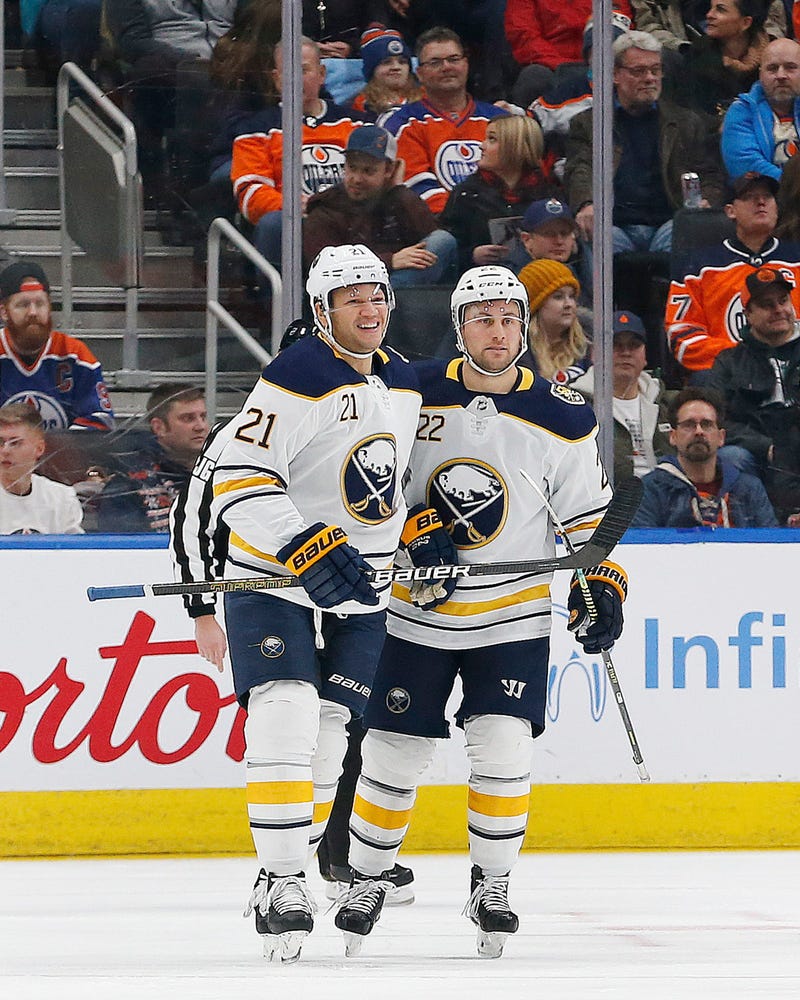 After an overtime loss Saturday in Vancouver, the Buffalo Sabres found the right side of the extra period against the Oilers Sunday, getting the 3-2 win in Edmonton.

Returning to the lineup for the first time in three games, Sabres defenseman Collin Miller was the hero for Buffalo, finishing off the win with a goal just 1:13 into overtime.

It was Miller's first goal of the year and first as a Sabre.

Eichel now has at least one point in 13-straight games.

The Sabres needed overtime to get the win despite jumping out to an early 2-0 lead in the 1st period.

Forward Kyle Okposo re-directed a shot from defenseman Marco Scandella after just 4:08 played in the period, with Johan Larsson netting the second Buffalo goal at the 9:14 mark.

Edmonton matched the Sabres 2-0 1st period with a 2-0 2nd period of their own to tie the game.

A back and forth 3rd period went scoreless, guaranteeing both teams a point before Buffalo earned the second in OT.

The win ends a two-game losing streak, but it is also the sixth game of the last seven that the Sabres have gained a point.

31 games into the season, Buffalo is now at 14-11-6. They currently hold the third spot in the Atlantic Division.

Up next for the Sabres, they head back home Tuesday night at Key Bank Center to take on the St. Louis Blues at 7:30 PM.