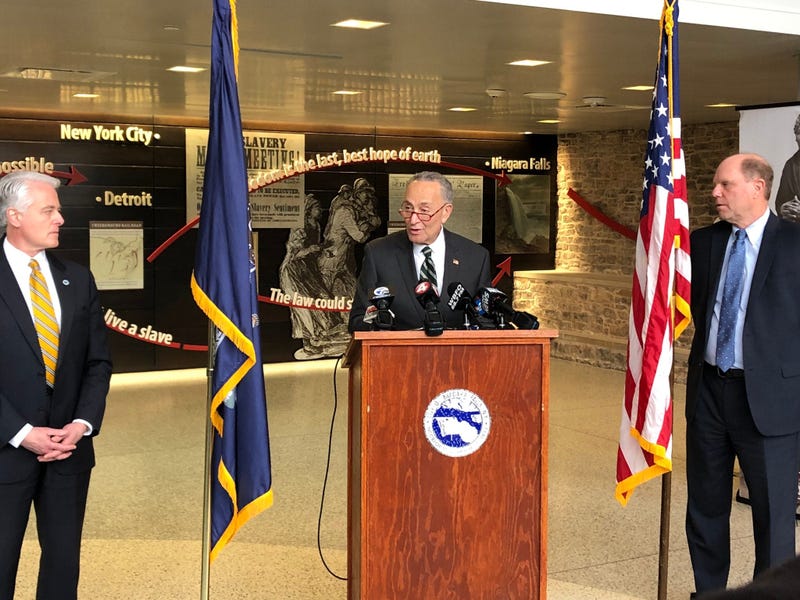 "When we designed this station, it was designed to contain state-of-the-art customs clearance facilities...it allows Western New Yorkers and passengers to travel to and from Canada easily and increase our cross the border commerce," said Schumer. "However, we have one little problem - Canada does not have pre-clearance. So, when you have to pre-clear on the Canadian side, when you're coming from Niagara Falls and have to go across to Canada, you have to get off at a place that has no cover and no real facilities, and the process is encumbering and long."

Schumer is urging Canada to begin using the clearance facility located within the Niagara Falls station, which he believes will significantly lower commute times.

Mayor Robert Restaino thanked Schumer for his continued effort in improving Niagara Falls, and he says expanding the possibilities and capabilities of the train station will be better for the city in the long-run.

"It is true - this next step is great for economic development, not to mention just expanding our leisure and tourism industry," said Restaino.

Schumer emphasized that this process is more a question about Canadian implementation. He says that the legislation is already in place to make this a fairly immediate reality.

"With legislation passed by both American and Canadian governments in preparation for pre-clearance and the official pre-clearance expansion agreement signed last year, it's high time to get this economy-jolting system up-and-running," said the senator. "That's why today, I'm urging our neighbors in the north to lay down the tracks for pre-clearance and get it moving full steam ahead."