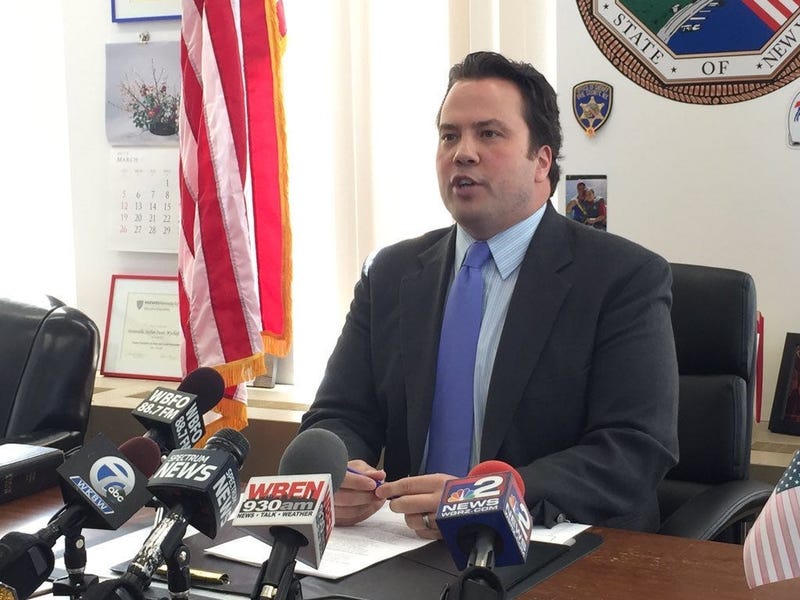 Leaders of the eight counties that make up NY27 will soon be naming a candidate to challenge Nate McMurray in a special election that is expected to be held April 28.

"If it were up to me," said Mychajliw, "I would let the media in, I would do it in front of the public in an open process."

The current Erie County Comptroller acknowledges that the county chairs are in a difficult spot. The process was not their choice, but was thrust upon them.  "This really is a challenging way to select a congressman or congresswoman. Eight people behind closed doors in a back room. Voters are turned off by that."

Mychajliw strongly supports a wide open process so people can see how the process works and how the selection is made. "If it's going nto be true, open, honest and transparent, conduct the interviews in the public and hold the final vote in public," he said.

WBEN reached out to party chairs this week about the Saturday meeting, but no calls were returned.