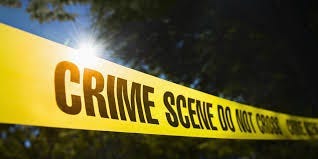 Buffalo, NY (WBEN) Reflecting a trend in many cities across the United States, there's been an uptick in shootings in Buffalo in recent weeks, with 15 shootings the first five days of July, and four in the first four days of August. Buffalo leaders are concerned about how to stop this.

Capt. Jeff Rinaldo of the Buffalo Police says most of the shootings are targeted.

"It appears to be people carrying on different types of disputes. Some of which involves group activity and narcotics activity as well," says Rinaldo. "It is absolutely unacceptable that there is a level of violence in any neighborhood in the city, and working together we need to eradicate this."

"The concern law enforcement has is any citizen can find themselves in the middle of one of these disputes. That's why it's important for people who have information on these shootings to come forward." Rinaldo notes some of the victims are reluctant to come forward. "Sometimes, there aren't victims, other times people don't come forward out of fear of retaliation," notes Rinaldo. "The victims may be engaged in illegal activity as well." He says police and prosecutors take great steps to protect those who come forward.

Rinaldo says a big challenge because of COVID19 is local organizations have not been able to conduct their regular activities to help police.

On the streets and in the community, Rev. James Giles of Buffalo Peacemakers says a big reason for the increase in shootings this time is because of accessibility to guns.

"We have so many guns on our city streets," says Giles. "Now, when I get angry or get oppressed by somebody, my immedaite remedy is to pick up a weapon, find that guy I had an issue with and take his life." He says there are several reasons for the violence. "Associative violence, people I know, those people are shooting. There's an uptick in gang activity now. The gangs notice one person gets shot, another person gets shot, and that's interconnected, about 30 to 40 percent of the shootings is because of that." Giles says everybody is carrying the guns and many don't have the right to carry guns because they're not licensed.

In New York City, there have been 237 homicides in 2020 compared to 181 for the same period last year. The July 12 death of a toddler, fatally shot by a stray bullet in Brooklyn as he sat in his stroller at a cookout, rocked the city. The 1-year-old boy's tiny casket was decorated with cartoon characters with a teddy bear and Elmo toy sat on top.

In Los Angeles, homicides citywide have increased 14%, from 155 to 177, as compares to the numbers by this time in 2019. Fourteen of 2020's homicide victims were children — up from 10 last year — and five of them were killed in July alone.

Nine of the children killed this year in Los Angeles were shot.

In Atlanta, the totals are lower but the surge is apparent: 76 homicides so far this year compared to 56 for the first seven months of 2019. Of this year’s total number of homicides, 23, or nearly a third, were recorded in July alone.

It has been a similar story in Boston. After recording 25 homicides in the first seven months of 2019, Boston had 35 during the same period this year. And 15 of those were during July.