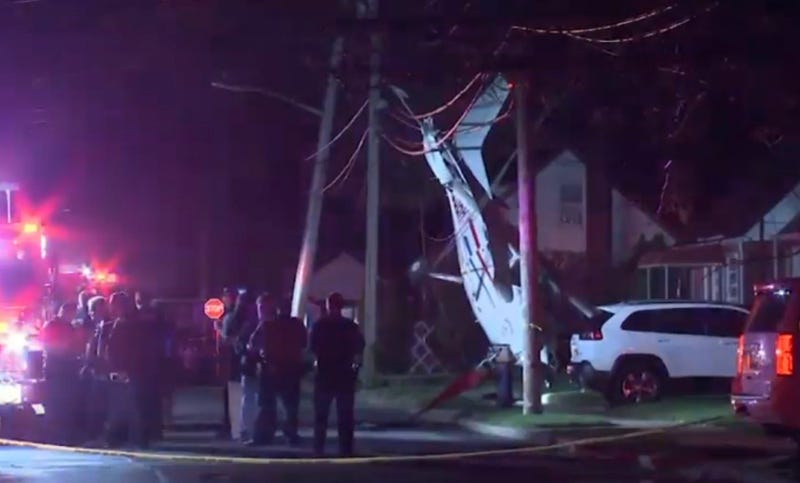 Nassau Police Commissioner Patrick Ryder said the three on board, all of Flushing, Queens, were associated with a flight school at Republic Airport in Farmingdale. He identified the pilot as Dongl Kim, 27, and the passengers as Hung Joo-Na, 29 and Jung Woo, 26. He said the plane had been rented at Republic. All three sustained minor injuries.

The three were on a trip to Niagara Falls.

The fixed-wing Cessna made four attempts to land at Republic but the pilot became disoriented and missed each time due to dense fog, Valley Stream Fire Chief Jason Croak said. The plane was then redirected to Kennedy Airport but the pilot became disoriented again and the aircraft eventually ran out of fuel, officials said. The plane clipped the roof of Hillside Avenue’s Revival Outreach Ministries. It then glided into the wires above the front yard of a home a block away and ended up suspended a few feet above the home’s front yard.

The pilot and passengers had safely made it clear of the plane and appeared uninjured while sitting on the sidewalk when first responders had arrived, Ryder said.

Officials said about two dozen homes were without power.