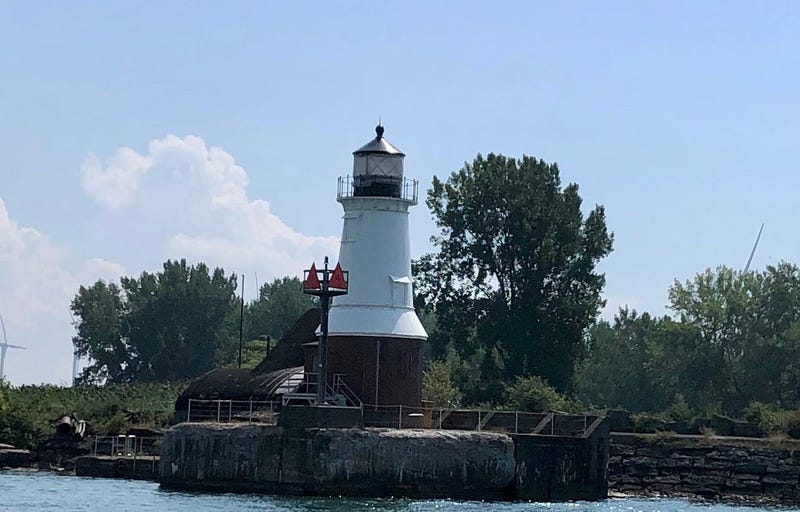 "When they completed the section at the south end of the harbor, it was done to create a south entrance for ships visiting the Lackawanna Steel Company (before it became Bethlehem Steel). They needed a lighthouse to guide ships into the entrance. That was 1903."

Almost 60 years later, the station was automated and the last "keeper" left.

Vogel retired from a 43 year career as a journalist at the Buffalo News and is the present day "keeper" of not only the South Buffalo Lighthouse, but the Main Lighthouse built in 1833 that stands at the mouth of the Buffalo River and Erie Canal.

Both lighthouses are on the National Register of Historic Places. "What we're doing is restoring the historical and cultural bookends on the Outer Harbor," said Vogel.

A lot of work still needs to be done on the South End Lighthouse.  "When we first took ownership of the lighthouse in 2011, it had been rotting for almost half a century. It had been battered by Lake Erie storms through the whole period. We put about $380,000 worth of work into it and the whole project will likely be a million dollars when it's done."

One of the most interesting things about the lighthouse is access to it. You can only reach it by boat. Vogel says eventually tours will be offered from Safe Harbor Marina to the lighthouse.