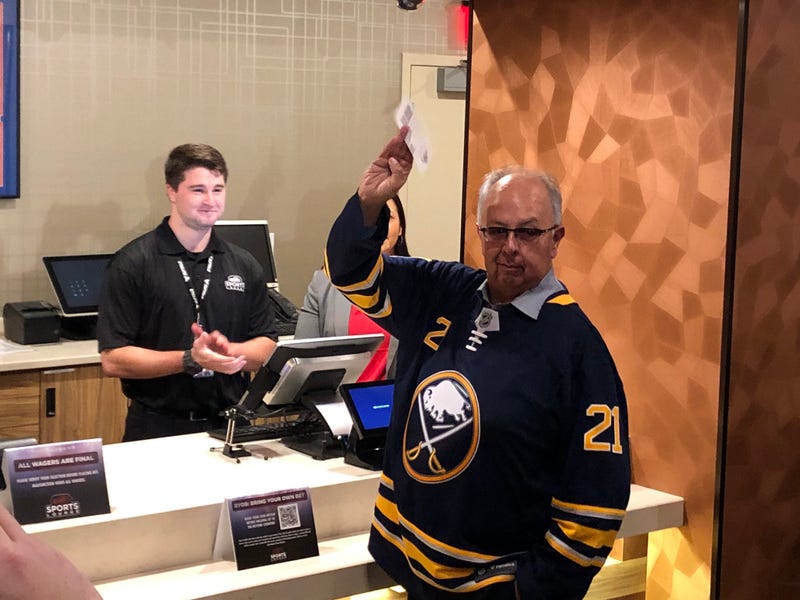 December 13, 2019 12/13/2019 6:55 pm
BUFFALO (WBEN) - A monumental day for the gambling community of Western New York, as the Seneca Buffalo Creek Casino officially opened the doors to its Sports Lounge.

And the Sports Lounge at @SenecaBuffalo is officially open! @NewsRadio930 pic.twitter.com/g9NrGDn1pF

"It brings a brand new customer that normally might not come here," said Seneca Nation President Ricky Armstrong. "They may end up walking through the floor, eating in our restaurants and placing bets elsewhere, but I think it gives an opportunity for us to expand our clientel."

Armstrong was also the first person to place a sports bet at the casino.

Seneca Nation President Ricky Armstrong is the first person to place a bet at @SenecaBuffalo. He put $40 on the @BuffaloBills to beat the Steelers on Sunday. @NewsRadio930 pic.twitter.com/nAPVPt7SQF

However, this isn't the end of the road for gambling by a longshot in the region, or at least, that's Armstrong's hope.

"It's not as profitable as mobile betting is, but it's the next best thing," he said.

Mobile betting would require legislation from New York, and Armstrong doesn't necessarily believe legislators will be too quick about it. He thinks, realistically, that we won't see mobile betting until 2021.

"It was going to be se for next year, next spring, but I hear that it probably won't make the next legislative (session), so it's probably going to be pushed back another year," he said.