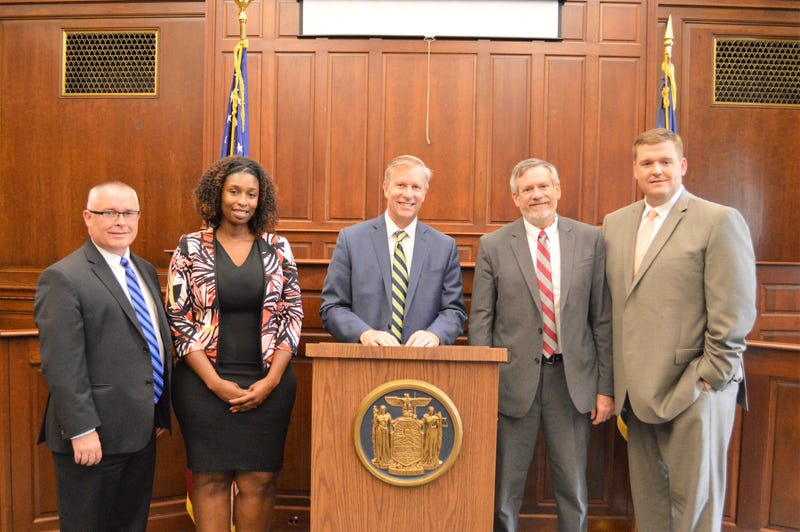 "One of the most significant costs that have grown dramatically year by year for school districts and private businesses is the healthcare costs," said Jacobs. "I'm very much trying as best I can to get more resources, more funding from Albany for our school districts, but I also, where I can, help them help themselves, and this is what that legislation does."

Grand Island, Tonawanda City, Kenmore-Tonawanda and Frontier school districts have all decided the self-insure their health benefit programs, but state law prohibits districts from maintaining more than 4-percent of their budget in an unappropriated fund balance, which means an emergency claim could have been financially devastating for the district.

"This allows them to establish such a reserve fund," Jacobs continued. "You can't just do it automatically unfortunately; you need a legislature to give approval to allow for an additional reserve fund in your budget."

Frontier Superintendent Richard Hughes says the self-insurance health benefit programs provide considerable savings for districts, and this legislation will allow districts that have decided to take this path more security.

"The ability to establish a local health insurance reserve provides Frontier with an additional tool to manage out long term budget," he said. "This has become more critical as the school aid increases for Frontier continue to be under 1-percent and unpredictable on a year to year basis."

In the future, Jacobs envisions a more statewide approach that will make it possible for any district looking to make the transition to self-insure the opportunity to do so.

"We are working on a co-sponsored legislation to allow districts to do this without the needs for special legislation, and it does also make sure there's oversight," he began. "One of the reasons they've required this is that some school districts, not any in our area, have hoarded millions of dollars that should be going back to the taxpayers - we don't want that happening. This legislation would allow a school district to do it but subject to the oversight of the comptroller to make sure that sort of thing doesn't happen."

Jacobs is hopeful that this legislation will be passed in the next term.