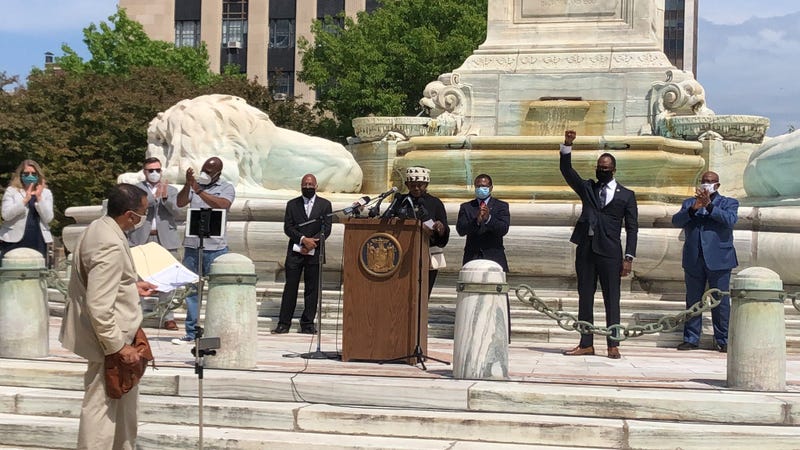 Local and state leaders gathering together in Niagara Square (at the same as many others across the state) to call for police reform. @NewsRadio930 pic.twitter.com/bn9mwl0se7

While there are numerous legislative issues officials want to attend to, one of the focal points of Thursday's rally is the goal to repeal section 50-a of the civil rights law, which would make disciplinary records of police officers available to the public.

"There's one thing we stand on getting done right away, preferably Monday, and that would be to repeal section 50-a," said Peoples-Stokes.

"If you are ready for standing together to lead to something that is actually going to make a difference in the lives of the young people that live in your community of your black brothers and sisters of the people of color that have been suffering for far too long at the hands of police officers that are not doing what they swore an oath to do, hold your hands high," said Erie County Legislature Chair April Baskin. "Repeal 50-a Monday and let that trickle down to our councilmembers proactively activating change, to the legislature where I stand activating change - let what the state legislature is doing trickle down to home here in Buffalo."

"I'm afraid not to be here today," Pridgen continued. "I have no choice because the one thing I can't change is the color of their skin. I cannot change and make them anything other than what they are. So yeah, I'm afraid - I'm afraid to be silent."