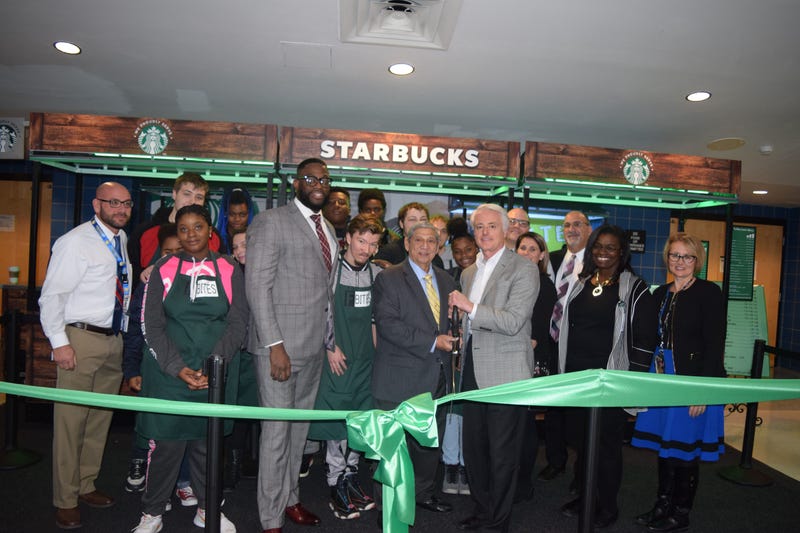 Laurrie pointed out that this is for adults.  The students are not consuming the Starbucks products.  It's only sold to adults in the area during events or theater productions at the school.

"I don't think you get hands-on learning any better than this," said Laurrie.

By the end of the school year, 40 students will be trained baristas. "It's really the soft skills that are most important," said Laurrie. "They're learning to manage and get along with each other  and they're dealing with people they've never met before. It's a win-win all around."

World famous chef Bobby Anderson from season 4 of "Hell's Kitchen" and the "F-Bites" program is consulting with the district.

Laurrie said he and Anderson approached Starbucks' parent corporation, Nestle, with the unique idea and they were all about it.

"If you look at the facility, it looks just like a regular Starbucks in the lobby of our Performing Arts Center," Laurrie said.  He expects it to be used frequently.  The High School holds after school events 240 days a year.