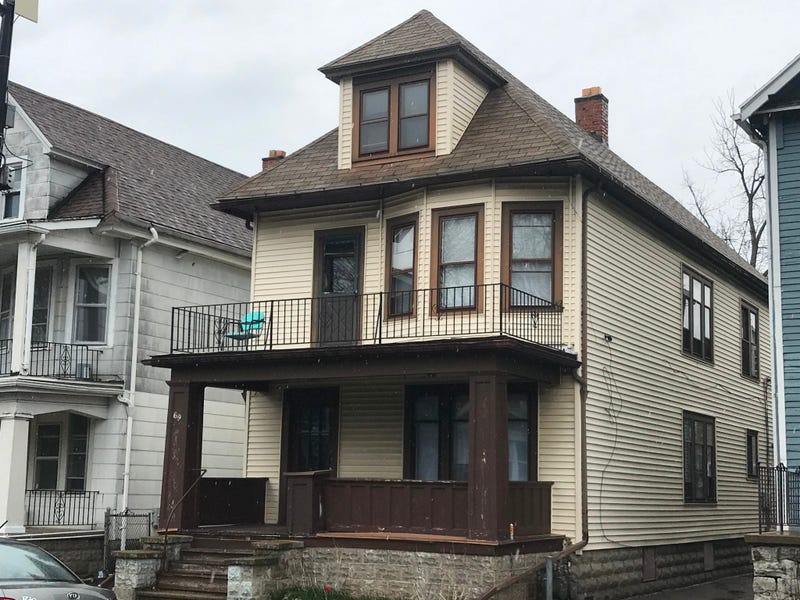 BUFFALO (WBEN - Brendan Keany) - The past week has not been an easy one for the UB community.

On Wednesday, students and faculty learned that they had lost one of their own - 18-year-old Sebastian Serafin-Bazan in a suspected hazing incident.

UB president Satish Tripathi issued the following statement after learning of the news:
I am deeply saddened to share with you that UB freshman Sebastian Serafin-Bazan passed away today.
Our hearts go out to Sebastian’s family for the devastating heartbreak they are experiencing. We extend our sincerest condolences to the Serafin-Bazan family and to all of Sebastian’s friends here at UB and in his hometown of Port Chester, N.Y. We join them in mourning the tragic loss of a member of our UB family.

However, the writers are dealing with a difficult balance - being a student at the school that just experienced a tremendous tragedy, and being an objective reporter.

"It can definitely be hard sometimes, especially with a story like this, being involved in the student body, hurting alongside the student body for the loss of Sebastian, but also trying to keep yourself removed from the situation," said Walters. "You try to find a good middle ground to relate to other students and say that we understand what they're going through is really hard, but we're trying to tell his story."

On the other side of the story, the staff is also a part of the same student body as those in Greek Like, and specifically, the Sigma Pi fraternity.

"We had all these connections to the fraternity through some old friends and what not, and we also have a few connections to Greek Life," said Editor-in-Chief Brenton Blanchet. "Obviously, we would reach out to students, and we were met with being blocked on social media, and obviously we want to reach out to them and tell their side of the story to find out the truth of what happened here, but it's difficult when people don't want to talk."

But, they remain undeterred and are determined to tell the story of Sebastian Serafin-Bazan.

"These students voices matter," said Engagement Editor Benjamin Blanchet. "Finding the roommates, finding pictures or even just piecing together who this person is, is way more important than anything that I could write."

"Going forward, we want to tell the full scope of his story, not even with the suspected hazing, but moreso the full scope of him as a person, more pictures of him because I don't think the one photo really does justice to a person," said Brenton Blanchet. "Even just talking to more students, high school classmates, friends from back home...I know he wasn't at UB for too long, but even the students he has affected here, the professors. So, I think the next step is really going to be memorializing him in a way."

Read more from The Spectrum: