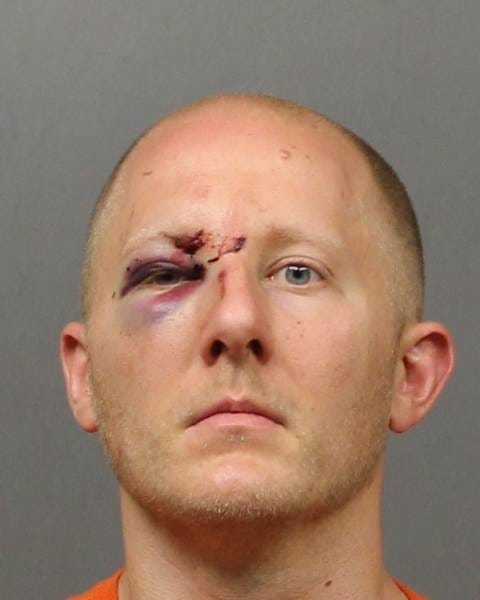 BUFFALO, N.Y. (WBEN) - A Tonawanda man faces anywhere from 75 years to life in prison after he allegedly tried to kill police officers who were investigating a shooting on Morgan Street.

Matthew Gerwitz was charged with three counts of attempted murder plus two weapons charges. Authorities said he is the man who shot City of Tonawanda Police Detective David Ljinjanich, who was standing on the porch of a home on Morgan Street near Seymour Street around 3 a.m. Tuesday.

Police were at the scene after a drive-by shooting just a couple hours before that left a 32-year-old in the ICU at ECMC. While gathering evidence, police saw Gerwitz, 28, return to his upstairs home through the night. When they asked him to come out, he said he had to take care of his dog.

When Gerwitz came back downstairs, he fired on the six police officers using a modified AR-15. Ljinjanich was struck anywhere from three to seven times. He survived the shooting.

"The assault rifle that he used is illegal because the modifications that he made to it at home make it a violation of the SAFE Act and make it an illegal gun," Flynn said.

The district attorney did not explain what the modifications were that made the AR-15 illegal.

Flynn said assault charges could also be pinned on Gerwitz for shooting at police officers during a police chase down Morgan Street that ended around Kohler Street when an officer rammed into the back of Gerwitz’ car and forced it to stop. The officer who rammed into Gerwitz’ car broke his wrist during the collision.

“I’m also investigating Mr. Gerwitz’ little gun shop at his house,” Flynn said. “And the various guns that he may or may not have made here and if there are any other weapons that were made in his home that are illegal.”

City of Tonawanda Police Chief William Strassburg was in the courtroom for the virtual arraignment alongside Captain Fred Foels, who helped rescue Ljinjanich and was shot at for the first time in his career that spans nearly four decades.

"To the six officers that took fire yesterday, I can't express the gratitude and the admiration that I have for them," Strassburg said. "Their actions, in my opinion, saved lives. They might have saved a lot of lives. They put their lives on the line to protect others and I couldn't be more proud of their actions and performance."

Strassburg vowed to utilize every resources to help the officers involved recover physically, mentally, and emotionally. The police chief also praised the officers within the department who have stepped up to assist in any way and for the other agencies that are offering assistance after the shooting.

Gerwitz will return to court on June 17 for a felony hearing. He is currently in jail with no possibility of bail.

Flynn said that there are some logistical issues after the felony hearing related to the grand jury proceedings.

“Right now we can’t hold grand juries (because of the pandemic),” Flynn said. “Once we have the felony hearing on June 17, if we’re still in a holding pattern, then there’s nothing more I can do until we can open up grand juries. Right now there are no grand juries until June 15. Hopefully when that term ends on June 15, the next term for a grand jury will be Monday, June 18. I’m hoping we will have grand juries running.”

The holding pattern is caused by the governor’s executive order, which must be extended by early June.

Flynn said that Gerwitz will remain in jail, regardless of what the governor does.