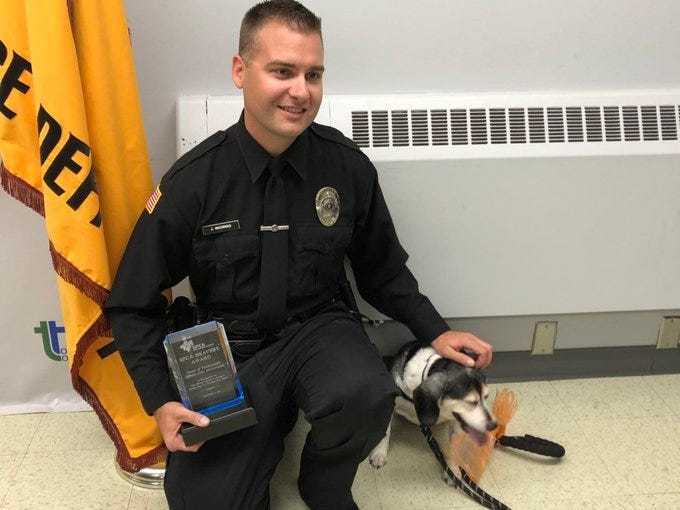 On September 10, several members of the police department responded to a house fire. According to Chief Jim Stauffiger, McCormick was aware that the dog, Harry, was still inside the building, which was engulfed in flames.

Stauffiger added that paramedics who were on scene administered first aid and oxygen to Harry and brought him back.

McCormick remained humble upon receiving the award, and said he was simply carrying out his duty.

"I appreciate the recognition; I feel like I was just doing my job," said McCormick. "It wasn't that big of a risk to me, and it felt like once the family members were out of the house, it was safe to go in and get the dogs, and I felt like if I had dogs that were in a house that was burning, I'd want to get them out as well, so I appreciate it very much.