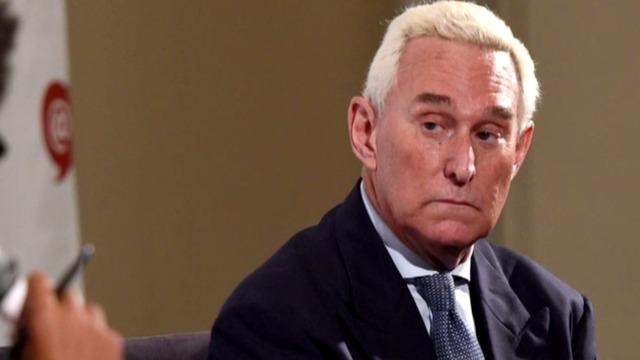 Stone is scheduled to appear in court in Florida later Friday. The indictment had been expected. Stone has said for months he was prepared to be charged, though he has denied any wrongdoing. A grand jury for months had heard from witnesses connected to Stone. And the intelligence committee last year voted to release a transcript of Stone's testimony to Mueller as a precursor to an indictment.

Stone has publicly denigrated the Mueller investigation and echoed the president's descriptions of it as a witch hunt. But he has long attracted investigators' attention, especially in light of a 2016 tweet that appeared to presage knowledge that emails stolen from Podesta would soon be released. Stone has said he had no inside information about the contents of the emails in WikiLeaks' possession or the timing of when they'd be released.

He has said he learned from Randy Credico, a New York radio host, that WikiLeaks had the emails and planned to disclose them. Stone has released emails that he says support that assertion.

Prosecutors had offered a plea agreement to Stone friend Jerome Corsi that would have required the conspiracy theorist and conservative author to admit that he intentionally lied to investigators about a discussion with Stone about WikiLeaks. But he rejected the offer.