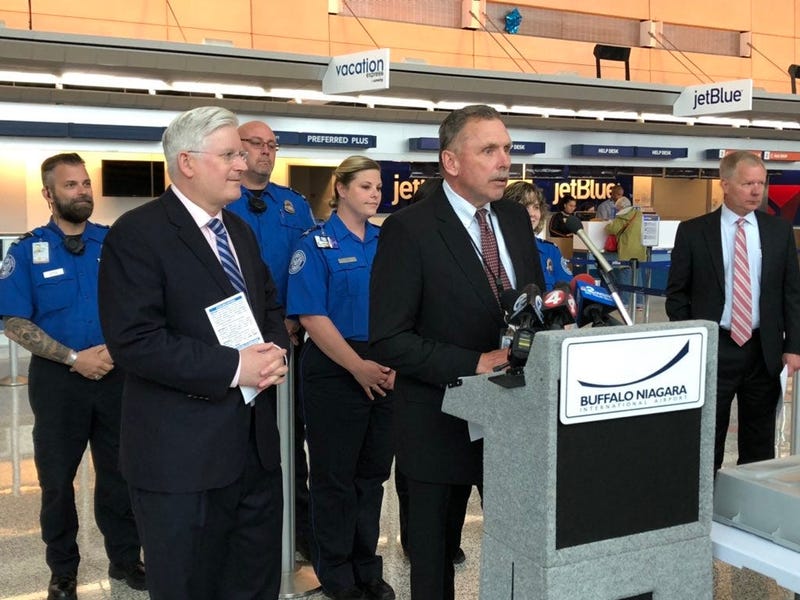 June 13, 2019 06/13/2019 4:45 pm
BUFFALO (WBEN - Brendan Keany) - The Transportation Security Administration is expecting one of the busiest flying seasons in years. While we're all still waiting for summer to officially begin, TSA considers the beginning of their summer season to be the Thursday prior to Memorial Day, and it lasts until the Tuesday following Labor Day.

TSA predicts this summer will be the busiest flying season in years. Last year, BNIA screened nearly 900,000 travelers during the summer, and this year, the number could top 1 million. @NewsRadio930 pic.twitter.com/cLLMcc6O5p

"It's going to be a busy summer period," began Bart Johnson, who serves as TSA's Upstate New York federal security director. "We already set a record over Memorial Day; we had half a million more passengers than the previous year, so that's a big deal...and that's being done with no additional staff."

On May 24 of this year, which was the Friday before Memorial Day, TSA experienced its busiest day on record - screening nearly 2,800,000 passengers and crew members in total. Throughout this summer, the agency anticipates to screen 4-percent, or 10 million, more passengers than last summer. At the Buffalo Niagara International Airport, officers screened nearly 900,000 people last year, which ranked 58 out of 427 airports. This year, officials wouldn't be surprised if that number eclipses the 1 million-passenger barrier.

With the increase in travel this summer, Johnson is predicting longer waiting lines, so he's encouraging passengers to give themselves more time than they typically would.

"Travelers are urged to be prepared for the screening process and listen to the guidance that the TSA officers are providing at the checkpoint," said Johnson, who added that he would get to the airport approximately 90 minutes before a departing flight to ensure the lowest possible amount of stress.

Erie County Clerk Mickey Kearns is again reminding people about the switch to the REAL ID in October of 2020, and he says it's in everyone's best interest to begin that application this summer before lines at the DMV are more busy next summer.